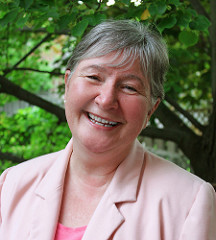 Bonnie Borchardt is a Chaplain/Pastoral Care Coordinator at the Woodhaven and Markhaven Long-Term Care facilities in Markham, Ontario. She is a member of Stouffville Pentecostal Church where she also serves as a Marriage and Family Therapist. Bonnie has a heart for “at-risk” mothers and youth with years of experience serving this vulnerable community. An alumna of Tyndale Seminary, Bonnie holds an MDiv (2001) in Marriage and Family Counselling along with professional certifications in the American Association for Marriage and Family Therapy and the Canadian Association for Spiritual Care. She is married to Harold and is mother to Debra, Tom and Sarah. Bonnie is a Christian vocalist and song writer, an outdoor enthusiast and has an interest in poetry. Bonnie gave her whole heart and life to God at the age of 23 and has served Him in full-time ministry ever since. 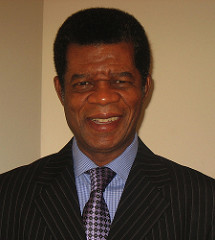 Dr. Charles Mantey is the founder and senior pastor of Disciples Revival Church in Toronto, Ontario. He was born in Ghana, West Africa. Prior to coming to Canada, he founded Disciples Evangelistic Ministry in Ghana which has now morphed into a church with 18 branches and an orphanage. Charles was called into full-time ministry in 1982 after his studies at Christian Service College in Kumasi. He later continued his studies at Tyndale University where he earned his MDiv in 1994 and DMin in 2012. Charles continues to travel to countries like South Africa, Grenada, U.S.A, and his native Ghana to teach and to hold revival meetings to strengthen churches and Christian leaders. He is married with five adult children and six grandchildren. 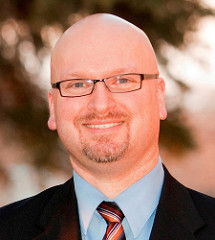 Kevin Kirk serves as Senior Vice President, External Relations and President, The Tyndale Foundation. He graduated from both Tyndale University(BRS 1993 – Ontario Bible College) and Tyndale Seminary (MTS 1999) and has also completed an MBA degree from the University of Leicester in England. He has worked for over 20 years within the Christian higher education environment and has served at several institutions. During this time he has had the opportunity to develop experience in the areas of strategic planning, fundraising, marketing, constituent relations, recruitment, admissions, student services and financial aid. He has served on several boards including five years as the board chair for the Christian Higher Education Enrollment Association of Canada, four years on the board of the North American Coalition of Christian Admissions Professions (NACCAP) and was on the council of Christian Higher Education Canada for four years. Kevin was awarded the NACCAP Regional Service Award for Canada in 2002. He is married and has four sons. 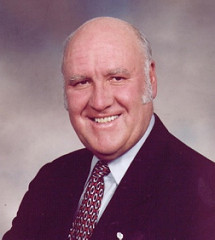 Paul Estabrooks is a veteran foreign missionary with a deep concern for Christians in restricted countries. He has thirty-four years of ministry experience among persecuted Christians with Open Doors International. He is the author of five books and a number of booklets that document his work with the church in restricted countries and provide training for persecuted Christians worldwide.  As a representative of Open Doors, he has visited Christians in countries as diverse as Cuba, Tibet, Iraq, China, Bhutan, Mongolia, Iran, India, the former Soviet Union and the Middle East. He was the project coordinator for the delivery of one million Bibles (232 tons) to China in one night -- June 18, 1981 -- called Project Pearl. TIME magazine recognized it as the “Risky Rendezvous in Swatow” and the project is the subject of one of his books.
Paul is an alumnus of Tyndale University(BTh 1966 – London College of Bible and Missions). He later received a Bachelor and Master of Arts (with distinction) from Wayne State University in Detroit, Michigan majoring in Mass Communications. He and his wife, Dianne, have been married for 48 years.  They have three grown children and seven grandchildren, and make their home in London, Ontario. 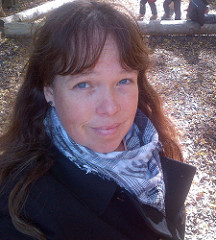 Robin Elliot is a mother and a Visual Art teacher, who holds an Honours Bachelor of Arts in Interdisciplinary Fine Arts and a BEd (2010) from Tyndale. As a parent and educator she sees God as Rock, Lamp, and Giver of life water. She feels passionately that people’s differences should be respected and celebrated. She is fundamentally interested in what unites us as a people. Considering the variety of Christian denominations and multiplicity of other faiths in her school community, she feels that showcasing the ethics and moral values that we all share is essential to form a world of people who are of strong moral character and are brave enough to confront the challenges we will face as human beings in the future. 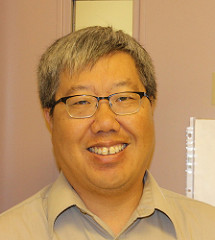 Rev. Vincent Lee was born in Hong Kong. He came to Canada when he was 14, and was born again in Christ Jesus at the age of 17. He graduated from the Faculty of Pharmacy at the University of Toronto and had his residency at Toronto General Hospital.  Subsequently, he became a nuclear pharmacist working at McMaster University Hospital.  Vincent received the call to full-time ministry and entered Ontario Theological Seminary (now Tyndale Seminary) in 1985, graduating with an MDiv in pastoral ministry in 1988.  He was ordained in 1995 by the Presbyterian Church in Canada and is currently the English Pastor of Milliken Chinese Community Church (ACEM). He has been married to his wife May for 23 years.  They have a son (Boaz) and a daughter (Rivka). 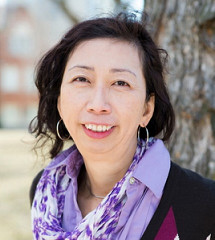 Vivian was born in Hong Kong. God grafted her in Canada. She is nurtured with both Eastern and Western culture.  She is an alumna of York University, Centennial College and Tyndale Seminary. After her graduation from Tyndale (MTS 2011), Vivian volunteered with Rahab ministries and later joined them as staff outreaching to marginalized women and those who are rescued from sex trafficking. Never ceasing in praying for God’s guidance and always in awe of God’s magnificent and amazing love, Vivian is looking forward to serving with the other council members in her new role with Tyndale Alumni.