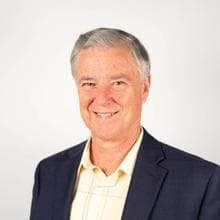 Rob Foster, Ed.D., has taught in Tyndale’s Department of Education as an Adjunct Professor since the program was launched in 2008. He has recently retired as Head of Modern Languages in the Durham District School Board and joined the BEd team as Core Faculty. He received his Doctorate in Philosophy of Education from the University of Toronto in 2006. His doctoral dissertation focused on the ethics of teaching in the classroom and was published as Ethical Teaching: A Case for Dialogical Resistance by LAP Lambert, Köln, Germany in 2009. Rob is passionate about ethical decision-making, teaching strategies for student success, and French as a Second Language.

Take the first step towards earning your Bachelor of Education degree.

The Tyndale Admissions Office is here to help you with any questions — let's talk!