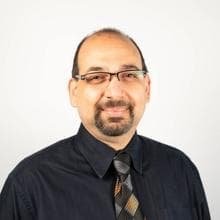 Prof. Bishay earned his Honours Bachelor of Science degree from the University of Toronto in 2001 and has recently completed his Bachelor of Education at Tyndale University (2013). After conducting research at The Hospital for Sick Children in the programs of Cancer & Blood Research and Developmental Biology, he began his teaching career as an instructor in the Health Sciences department at George Brown College. Concurrently, he was the head instructor for the Medical College Admissions Test at Kaplan International. Prof. Bishay has also had the opportunity to lecture at the Royal Ontario Museum on the topics of natural science and natural history. He has also served as a faculty member in the department of Biological Sciences and Applied Chemistry at Seneca College (Seneca @ York campus). He has recently been appointed to the Board of Directors and Executive Committee of the Science Teacher's Association of Ontario (STAO).

Take the first step towards earning your Bachelor of Education degree.

The Tyndale Admissions Office is here to help you with any questions — let's talk!