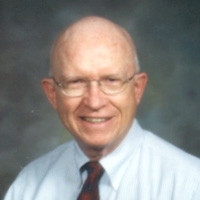 Bob Morris has been involved in mission since the day he was born to missionary parents working with SIM in Nigeria. Since 1968 he has been associated with Interserve (Canada) and has spent 18 of those years living in India, Pakistan, and Cyprus. A major part of his role has been the development of strategies for placing professionals in countries where missionaries are not welcome. His responsibilities also included member care and assessment.
His travels have taken him to Afghanistan, Australia, Bangladesh, Bhutan, China, Cyprus, Egypt, the Arabian Gulf, India, Jordan, Kyrgyzstan, Lebanon, Malaysia, Nepal, New Zealand, Pakistan, Philippines, Thailand, Tunisia, Turkey, United Kingdom and the United States.
After returning to Canada in 1997, Bob helped begin The Intercultural Ministries Centre at Tyndale University College & Seminary. TIM Centre became a nexus for all things missional, engaging local churches, colleges and mission agencies in an ongoing trialogue. He retired from TIM Centre in 2004.
Listen Online