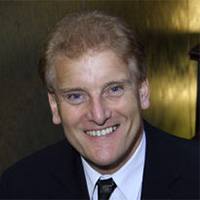 Charles Price has been the Senior Pastor of The Peoples Church in Toronto, Ontario, Canada since September 2001, with a weekly congregation of 3500 people. He has a weekly hour-long television programme, Living Truth, which is broadcast coast to coast in Canada each week, as well as in the United Kingdom, Europe, India, Australia, New Zealand, Indonesia, Korea and Japan.

Charles Price came to Christ through a Billy Graham film at the age of twelve in Hereford, England. On leaving school he farmed for two years in Zimbabwe before returning to England to attend Capernwray Bible School for one year. He then spent three years at the Bible Training Institute in Glasgow, Scotland. He was awarded an honorary Doctor of Divinity degree by Tyndale University in Toronto in 2004.

In 1975, Charles became a field representative of the Capernwray Missionary Fellowship of Torchbearers, based at Capernwray Hall, Lancashire, England. This responsibility involved an itinerant ministry of evangelism and Bible teaching for approximately half of the year, the rest of the time being spent at Capernwray Hall. Charles taught in the year-long bible school, and for fifteen years led the summer conference program from June to September each year.

In September 1993, Charles was appointed Principal of Capernwray Bible School while continuing in a wide international conference, convention and evangelistic ministry.

He has preached in over 75 countries on 5 continents around the World and is the author of 7 books, some of which have been translated into German, Dutch, French, Spanish, Italian, Portuguese, Hindi, Malayalam, Farsi, Korean and Latvian.

Charles has been married to Hilary since 1980. They have three children: Hannah, Laura and Matthew.