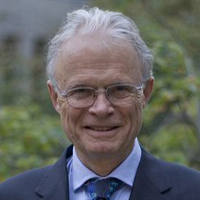 Dr. Ian Gentles is Distinguished Professor, Department of History and Global Studies at Tyndale University College, specializing in British history (particularly the period 1500-1800) the history of population and the family, early Christian history and ancient history.

Before coming to Tyndale, Dr. Gentles taught at York University’s Glendon College. Most of his scholarly research has been on the English Revolution, about which he has written many articles and four books: The New Model Army in England, Ireland and Scotland, 1645-1653 (Basil Blackwell, 1992); Soldiers, Writers and Statesmen of the English Revolution (Cambridge University Press, 1998); The English Revolution and the Wars in the Three Kingdoms, 1638-1652 (Pearson, 2007) and Oliver Cromwell: God’s Warrior and the English Revolution (Palgrave Macmillan, 2011). His most recent books, of which he is the co-author, are Complications: Abortion's Impact on Women (deVeber, 2013) and It's Not That Simple: Euthanasia and Assisted Suicide Today (deVeber, 2015). He is also a Fellow of the Royal Historical Society, and a recipient of several major research grants from the Social Sciences and Humanities Research Council of Canada.