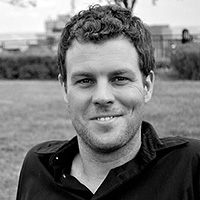 In this special 500th Anniversary of the Reformation Chapel, Dr. James Robertson shares "Smiling While Drowning: Why We Still Need the Protestant Reformation."

James Tyler Robertson (Ph.D., McMaster Divinity College) is the Creative Producer of Online Learning & Adjunct Professor of Christian History at Tyndale Seminary. His areas of research are religion in war and cultural studies as they pertain to faith. He has published numerous articles and book chapters on the role of religion in Canadian culture. Most recently, he published a chapter on "Canadian Congregationalists during the South African War (1899-1902)". He has a forthcoming book titled A Good Fight: The Religious War of 1812. Dr. Robertson has also published articles on the Crusades, missionary efforts in North America, pop culture’s impact on religion, and the histories of war and peace teachings in Christianity. He is a frequent speaker at both academic and popular conferences regarding the impact of religion on culture and vice versa.