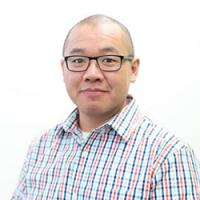 The message in this week’s community chapel is titled “Off with his head!” Rev. Dr. Timothy Tang speaks from Mark 6:14-29 which emphasizes that the cost of discipleship and following Jesus is high. But, miraculous things will happen when we use our place of privilege where we can actually change the world.

Rev. Dr. Timothy Tang is Director of the Tyndale Intercultural Ministry Centre. Rev. Dr. Timothy Tang was born in Toronto where he now lives with his wife Joanne, who is a high school teacher in the York Board of Education. They have two sons and a daughter, Tobin Wesley, Mathis Jiles, and Breylin Emmanuelle. Pastor Timothy has been the English pastor at the East Toronto Chinese Baptist Church where he has been ministering since 2001. After studying at Upper Canada College, he went on to the University of Waterloo where he completed his B.Sc. in Kinesiology. Though Timonthy planned a career in healthcare, God called him to full-time ministry during a short-term missions trip to Asia in 1996, after which he finished his M.Div. in Youth and Family Ministry at Tyndale Seminary. Since that time, Timothy has been involved with John424, a worship ministry; the Tribe of Issachar, a leadership training ministry; and completed a 2-year program called Arrow Leadership. Timothy has also recently completed a Doctor of Ministry in Leadership at Gordon-Conwell Seminary.