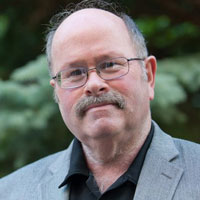 Dr. James Beverley, Professor of Christian Thought and Ethics at Tyndale Seminary, has taught at Tyndale since 1988. He is the author and editor of twelve books, including Nelson’s Illustrated Guide to Religions, Religions A to Z andCounterfeit Code, a reply to Dan Brown’s famous novel. He is a specialist on the study of new religions and did his Ph.D. thesis on the inner teachings of Sun Myung Moon. He has been interviewed frequently by the media including BBC radio, Finnish television, CBC Radio, The Los Angeles Times, CBC television, Syrian television, CTV News, The Globe & Mail, etc. He is a contributing editor for Christianity Today magazine and a columnist for Faith Today magazine. In 2000 he had a personal interview with His Holiness the Dalai Lama.