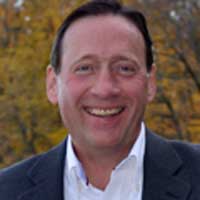 Does God cry in heaven? Dr. Bill Webb, in his message entitled "Tears in Heaven: Portraits of a Crying God", will look at four portraits of God who cries and suffers because of the suffering impact of our world.

Dr. Bill Webb received his Ph.D. from Dallas Theological Seminary and is an Adjunct Professor of Biblical Studies at Tyndale Seminary. Bill has worked as a pastor, chaplain, and professor over the past twenty some years. In addition to conference speaking ministry, he has published several articles and books, including Returning Home (Sheffield Press, 1993), Slaves, Women, and Homosexuals (InterVarsity Press, 2001), Four Views on Moving from the Bible to Theology (one view and responses; Zondervan, 2009), Corporal Punishment in the Bible: A Redemptive Hermeneutic for Troubling Texts (InterVarsity, 2011) and Bloody, Brutal and Barbaric: War Texts that Trouble the Soul (InterVarsity, forthcoming [2012]).