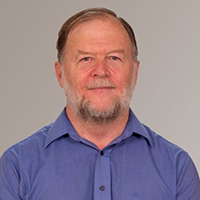 Our Summer Series continues with a podcast message from Dr. William Gardner, Assistant Professor of Linguistics at Tyndale University. Bill’s message is entitled “Which Joseph is That?”.

Bill has lived almost half of his life outside of North America. He initially studied Electrical Engineering at university, then worked for five years with InterVarsity Christian Fellowship. It was during this time that he and his wife Lori became interested in Linguistics and Bible translation and joined Wycliffe.

Bill and Lori worked for 19 years in Africa, which included teaching, language assessment, and orthography development in the countries of Congo-Brazzaville, Mozambique, and Kenya. Bill and Lori have two married sons, both living in California, and two grandsons.