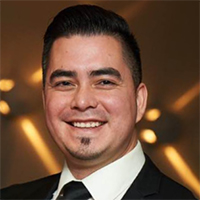 As many will know, yesterday, Monday June 21, was National Indigenous Peoples Day in Canada. In light of this, we are honoured to offer an important reflection for today’s Community Chapel “Summer Series” podcast. Mr. Andrew Thunder is our guest speaker. The title of his reflection is “A Christian Response to Reconciliation”.

Andrew, an Oji-Cree Canadian and proud member of Sachigo Lake First Nation in Treaty 9 Territory, is an advocate for reconciliation for the ministries, non-profits, and businesses within the private sector. He holds a BA from Horizon College and Seminary in Saskatchewan and an MBA from the University of Manitoba. Andrew has served as an executive pastor and provided leadership to Indigenous Missions initiatives for the PAOC within Manitoba and Northwestern Ontario. He currently works in the private sector as the Director of Corporate Responsibility at The North West Company - the largest employer of Indigenous peoples in Canada. His role is to lead a corporate response and initiatives related to the Truth and Reconciliation Commission. For ministry, Andrew works with pastors and ministry leaders to assist them with their approach to reconciliation and ministry to Indigenous Peoples.

Hello, Tyndale, and thank you for the invitation today. My name is Andrew Thunder, I’m a consultant for reconciliation and Indigenous ministry, a graduate from Horizon College and Seminary and I hold an MBA from the University of Manitoba. I am an Oji-Cree Canadian and a proud member of Sachigo Lake First Nation in Treaty 9 Territory. Miigwetch, Ekosi. It’s my pleasure to join you today.

Yesterday was a significant day for our country, as we collectively celebrated Indigenous Peoples day, a day where we commemorate the voices, history and many contributions of the First Nations, Inuit and Metis Peoples in our country. Though this day was designated in 1996, Canada’s relationship with Indigenous Peoples has been taking center stage now more than ever.

As you are well aware of now, the recent discovery of 215 children’s remains found at the site of a former residential school in Kamloops, BC has sent shockwaves throughout our nation, with Indigenous and non-Indigenous peoples alike mourning the loss of these children and questioning how and why this could have happened in our country. This is a time of self-reflection and also a time where people are eager to respond and find out what they can do in response to this terrible tragedy. Across our country, Christians, pastors and ministry leaders are asking, “What should Christians be doing in response to this?”

Today, we will explore a response to this question, but we cannot respond in any meaningful way outside of the context of Reconciliation. I recognize this is a very large and complex topic, and I do not intend to provide an exhaustive discussion. Rather, as we look at scripture as our guide, we will reflect on our mandate and how God exemplifies reconciliation to us.

17 Therefore, if anyone is in Christ, the new creation has come:[a] The old has gone, the new is here! 18 All this is from God, who reconciled us to himself through Christ and gave us the ministry of reconciliation: 19 that God was reconciling the world to himself in Christ, not counting people’s sins against them. And he has committed to us the message of reconciliation. 20 We are therefore Christ’s ambassadors, as though God were making his appeal through us. We implore you on Christ’s behalf: Be reconciled to God.

So what is reconciliation? Reconciliation is the process of restoring a broken relationship. Within this passage Paul formulates the message of the gospel with the concept of reconciliation – a concept that some say was derived from the Greco-Roman political backdrop of his day. As such, Paul as God’s ambassador was sent to announce that God was establishing a “peace-treaty” with his enemies. What made this peace-treaty possible was Christ’s death a substitution for our sins. What Paul describes is the essence of the gospel message and a source of hope for all believers. It also shows us how God exemplified reconciliation for us, and how we can model reconciliation within our relationships with others. It leads us to the questions, “Are we reconciled in our relationships with one another?”, “Are we aware of systemic issues that are damaging specific people groups?” and “What are we doing to restore these broken relationships?”

There are 3 ways that we can learn from Christ’s approach to reconciliation, and how we can apply these with our relationship with Indigenous Peoples.

The first thing we see from Christ’s example is that He understood us deeply. God went to great lengths to understand us – to the point where he became one of us. He walked among us…ate with us, drank with us, rejoiced with us and wept with us.

Are we as Christians taking the time to understand Indigenous Peoples?

When the Kamloops discovery was first announced, there were many perspectives that began to surface online and many opinion pieces began appearing in news publications. Some of which showed a very clear picture of the need for Canadians to be educated on the indigenous history, issues and reconciliation.

Many are not aware that Canada has a unique relationship with Indigenous Peoples which was established through the Royal Proclamation of 1763 and through treaties. As Indigenous Peoples worked together in harmony with early settlers, and as the settler population began to increase, these treaties were put in place to define a relationship between Indigenous nations and the Nation of Canada. The spirit and intent can often be best illustrated by The Two Row Wampum belt which commemorated a treaty between the Mohawk and the Dutch. The Wampum belt was a physical belt woven together with vivid illustrations that had deep meaning. The Two Row Wampum belt depicted 2 vessels – a canoe and a ship-  traveling down parallel water streams, never crossing one another. Just as the vessels would not cross, the belt symbolized a treaty where the two People groups were in agreement that one would not affect the path of the other. Both people groups would live in peace and harmony. These treaties were not temporary. They are to last “as long as the sun shines, the grass grows and the river flows.”

I’ll admit, talking about treaties or government policies is not a common topic among the vast majority of churches and ministry groups. So this is a barrier that we need to overcome. I invite you to see this as a challenge that needs addressing. As Christians and Canadian citizens, we must do our part to know about Indigenous Peoples and their relationship to Canada. Are we taking the time to understand Indigenous Peoples?

The second thing we see from Christ’s example is that He prayed with compassion.

The book of Matthew provides an account of Jesus going through various villages and communities to preach and heal the sick. He takes a moment to look at the crowd and is driven by compassion while instructing his disciples to pray.

Matthew 9:36 says: 36 When he saw the crowds, he had compassion on them, because they were harassed and helpless, like sheep without a shepherd. 37 Then he said to his disciples, “The harvest is plentiful but the workers are few. 38 Ask the Lord of the harvest, therefore, to send out workers into his harvest field.”

Jesus had compassion, and deeply understood the oppression the crowds were facing by the Roman Empire. He understood the many issues each individual was facing and the lack of spiritual leadership. His compassion was a driving force for his ministry and ultimately for reconciliation.

Our deep knowledge of Indigenous Peoples should generate a response of prayer motivated by compassion. When we see news headlines and hear about statistics on Indigenous health, economic, infrastructure or social issues. It’s very easy to come to an opinion on what the problem is and how to address it. It’s important that our opinions are informed with the facts. The truth should motivate us to compassion.

In the 1800’s as Canada’s settler population increased, the spirit of harmony between nations gave way to European domination. The interpretation of treaties changed and policies were put in place to benefit Europeans over Indigenous peoples. Lands rich in minerals and resourced were taken away from Indigenous Peoples as they were seen as impediments to progress. Further Acts of legislation have caused terrible harm in the relationship with Indigenous people. This was clearly seen with the Residential school system, oppressive policies from the Indian Act, laws that created economic disparity, poverty. Residential schools were created to eradicate Indigenous cultures, traditions, spirituality, and ways of life from Canada. Young children were forcibly removed from their families to attend these schools. One of the largest schools was in Kamloops BC, where 215 unmarked graves were discovered. Like Jesus, do we see those who are oppressed and “harassed”? Are our prayers driven by compassion?

The third thing we see in Christ’s approach to reconciliation is that He took action.

God, knowing that the relationship was broken between God and humanity, took action and humbled himself to the death on the cross, which was the only way humanity could be reconciled with God.

Are we taking action to further reconciliation with Indigenous Peoples?

There are many practical steps that we can take to respond to the Kamloops discovery and reconciliation. Here are a few practical things we can consider: listen to the voices of Indigenous Peoples by reading the TRC Report and the RCAP report. Learn about Indigenous issues, such as the limited access to drinkable water in Indigenous communities, housing issues and socio-economic issues. Take this into consideration when talking with your MPs or when voting. Pray for the spiritual issues and specifically the barriers that exist for Indigenous Peoples to clearly see the gospel message and respond to it.

In conclusion, I want to say thank you for allowing me to join you today, and I hope the scriptures we’ve reflected on will help guide you as you respond to the recent events in our country. I look forward to the bright days ahead, as we learn together, heal together and become stronger as citizens of this country and citizens of the Kingdom of God. I am hopeful and believe that we will see the gospel message and reconciliation advance in our country in the days to come. Let’s pray.

“Lord, we thank you for the ways in which you’ve exemplified your love and grace through the work of reconciliation between yourself and humanity. We ask that you empower us to reflect your love to those around us. Help us see and understand the unique role we have in repairing a broken relationship with Indigenous Peoples of this country. Impart your wisdom on us as we continue to advance your message of the gospel and reconciliation to all Peoples. Amen”