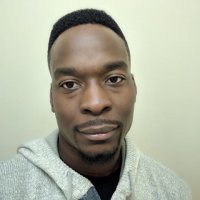 Our summer series continues with a reflection on Psalm 126 by James Lawson, Seminary Admissions Counsellor at Tyndale. His message is entitled “The Return to Normal”.

Along with his work at Tyndale, James is married and the father of two beautiful girls. He is passionate about personal development and helping people realize their greatness. He is fascinated by people and their unique qualities and how they can create extraordinary experiences. In addition, he is a content creator who enjoys making YouTube videos and gaming.

Hello Tyndale, my name is James Lawson. I would like to say thank you for this opportunity to contribute to the Community Chapel. I am an admissions counsellor for Tyndale University, a father, and a husband to my dear wife. These are titles that I've earned over the last few years. However, one title that I have had the longest was being a child. Although we all come from different backgrounds, we share one common parent. That is our Father, God. This one thing ties all of our faiths together. Now, through all of this, there is another thing we've all shared in common. Over the last year, we have all experienced this pandemic. Now, it's impacted us one way or another, in a way nature has forced us into exile. Now for some people, it was a time to reflect and really dig deep into themselves. And for some, it was time to reset, you know, rest up and then get back to the grind, you know, the calling that was put on their hearts. But not everybody had a calling, or not everybody heard their calling. You know, as an admissions counsellor, I have the opportunity to speak to multiple different people. And through all of these conversations, there's always one thing that everybody focuses on. What God wants me to do, what am I called to do. And the beautiful thing about this pandemic, is that it really gave us an opportunity to reflect, to really dig deep and look at ourselves.

You know, for me, what changed this year was introducing a new baby into our family. You know, I have a four year old and a one year old. When this all started, I had a three year old. Life was going great. I was working at a new job, a student, my wife's business was taking off, my daughter was in preschool, everything was going smooth. And just like that, everything was locked down. You know, when my baby was born, I wasn't even able to go to the doctor's appointments after, I wasn't even able to see her get her first needle. It was different. My first daughter, I was able to go through everything with her. Things were changing. I was really thinking like, this was weird. I didn't even know if I was living in the same country anymore. I started asking myself questions. I'm not talking, you know, surface level stuff. You know what I'm talking about. The deep questions, the questions where you really start asking, it's like those kind of like, what is the purpose of life type questions. I felt like I was doing the same thing over and over again, every single day. Wake up, work, take care of the kids, wake up, work, take care of the kids. I we couldn't go anywhere. They locked down the park. They almost tried to stop us from walking. I mean, one day we were walking and they're like, No, you can't walk here, we've locked down the park. I'm like, I just want to take my kids to the park.

Everybody was reacting. So people would literally be walking on the same side as you on the sidewalk. And they would cross over because they didn't want to walk next to you. You know, I used to watch TV and see people wearing masks. And I was like, yo, that's weird. Why is that person wearing a mask in the grocery store, and now everybody's wearing a mask in the grocery store. Life was completely transforming right before my eyes. If that wasn't enough to drive anybody crazy. We were three months into the pandemic just about to open up. Now. If you live in Ontario, Canada, you know that things were up and down, you know, you couldn't keep up. It was like one day, everything is open the next day, everything is closed. Now, throughout that first three months of the pandemic, where everything was just cyclical, kind of driving me crazy. It was a very tough time. But I found inspiration, from a place that I normally turn to every day. Social media. Someone had posted, three months into the pandemic, you know, when things were starting to look like they were about to open up. They're like if you, if you haven't learned a skill during this three month pandemic, you let yourself down. In fact, I'm pretty sure like somebody was like yo, jobs, were asking them, what have you learned during this pandemic? And I was like, in my mind, I'm like, What do you mean? Like, my whole life was turned upside down, you're talking about learning a skill? And then all of a sudden, we're one year into it, and it's become the normal. Working from home. Speaking to people over Zoom. Worshipping online. My world was completely transformed. It was a shock at first, but now it's the norm.

So, we were talking about reflection, right? We're talking about looking at ourselves. And I imagine that this is exactly how the people felt when they were returning to Jerusalem. This is the Psalm that I picked, 126. When I was thinking about the Psalm that I wanted to do, to reflect on, this one really hit home, because as things started to open back up now, as we can now you know, sit on the patio, we can meet up a little bit here and there. Things are a little bit weird, you know, so my friends are asking me if I'm gonna get vaccinated or not. They didn't ask me before, you know about the flu shot, but about this they're asking, and I respect that. That's the new norm. It's the new normal, right? But I imagine that when the people of God were returning to Jerusalem, the place that they were at, it transformed them, it changed them. But here's how they felt. When the Lord brought back his exiles to Jerusalem, it was like a dream. They were filled with laughter. "And we sang for joy. And the other nations said, What amazing things the Lord has done for them. Yes, the Lord has done amazing things for us. What joy! Restore our fortunes, Lord. As streams renew the desert, those who plants in tears will harvest with shouts of joy. They weep as they go to plant their seed, but they sing as they return with the harvest."

You know, I said, I got some inspiration from social media, gotta learn a skill. But I didn't lock it in at just a skill. I said, this is an opportunity to do just more than just build a skill. This was an opportunity to do something greater than that, listen to the calling. What was I called to do? I shared earlier with you guys, the titles that I had. Some of those titles represent the calling that I have, being a father, this was an opportunity to be more invested in the life of my children. As an admissions counsellor, this was an opportunity to guide future students who were looking to transform their lives by going for further education. As a husband, this is a beautiful opportunity for me to connect with my wife, to learn more about her. And for those who are married, you know, you never stop learning about your partner. The pandemic gave us all an opportunity. Now, here's the thing. Was it just for you? No, because when God gives us an opportunity, when He gives us a gift, He expects us to share with the world. Now, I'm not oblivious to the fact that, during this time, it was just all good. No, there were, there were tough times. There were times that tried us. There were times that were very, very hard on us. Listen, by no means am I saying that this pandemic was not tough. It was an exile. We were all locked in. We all had to look in the mirror. So, what happened to you? What did you go through? What transformed you? Because as we were locked in, something was planted within us. A seed. It's been a year. For some of us, we have a little flower growing. For some of us, we've started to bear fruit. But as we go back into what we quote, unquote, called normal, I promise you this, it's no longer normal.

There's a new way of thinking, there's a new way of being, this pandemic has allowed the world to be more aware of the injustice that is going on. This pandemic has allowed people to become more aware, with the spiritual connection that ties us all together. So what are we going to do as a community, as a community of believers? What are we going to do with what has been planted inside us? Because see, as we returned to normal, as we return to Jerusalem, are we going to fall back into the same cycle as before? Are we going to fall back into the same routine? I hope not. I hope that you've used this opportunity and it's not too late. You still have some time to reflect. That's all I'm asking you to do is reflect. What have you gone through over the last year? And as we go back, and as we have the opportunity to impact the lives and transform lives, how can you sow into somebody else? How can you transform somebody else?

Hope you guys enjoyed this. I really enjoyed this because this is how I've felt over the last year, and I can't wait to help somebody else transform.