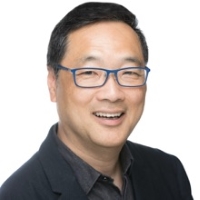 This week we are very pleased to have Philip Yan as our speaker. Philip is the Director of the Centre for Redemptive Entrepreneurship at Tyndale University. Philip is the founder and chief experience designer of GenesisXD Inc. Before running his consultancy firm focusing on branding and marketing communications, Philip worked for award-winning studios as a senior designer and design director. His strategic consultation has proven success in many turnkey initiatives for financial and educational institutions, health care organizations, and not-for-profits.

Philip keeps abreast of social innovation and technology developments and leverages the knowledge in his design thinking. He contributes articles on faith and technology, and faith and entrepreneurship to universities and academic societies. He is a member of the Global Advisory Council of Workplace Ministry for the Lausanne Movement. Philip also serves as a board member of the MoveIn Ministry, Canadian Centre for World Mission, and Lausanne Movement Canada.

Philip’s message is entitled, “Recognizing our Identity and our Mission”.

Hello, everyone. It is my privilege to share with you a little bit about my journey today. The topic today is recognizing our identity and our mission. I remember last year, I had a chance to speak to a class of business school students, and to my surprise, the professor introduced me as a serial entrepreneur. It was the first time I heard about that, and then I start to recognize that, that, maybe that's what I need to accept as a life path of mine.

My story started many years ago, when I was as young as many of you listening, studying at Tyndale Seminary, and was formerly known as Ontario Theological Seminary. There was a time that I just graduated from a design school called OCA. And now it's called OCAD U, in Toronto. I came to Tyndale because I want to understand the scripture better. And I want to prepare myself to serve God. In the early day of my studies, I think I was young and arrogant, I was here, and then I asked God, God, this is great. I am in your seminary, and I'm here. Why don't you just call me to be a pastoral rote right here. I think I was not prompted by the Spirit. It was really just from my fragile logic. God was silent. He was silent for a long while. And I pray and pray. And he was silent. But later on, he prompted with Spirit, God reminded me that I already asked the questions. And he already answered me. It was in my high school years, that I heard that he wanted me to be a designer, and asked to be one of the designer of God, because I felt that the church future, we didn't need designs. And God really answer my prayer at a time and took me to a journey of seven, total seven years of design studies in two different design schools. And God already answered me. So, the question I asked myself later on, is why did I even ask God to call me into a pastoral road? Did I think that is a better path for doing Kingdom's work? When it was clear that God call me out, into the marketplace, as a designer, instead of calling me in for the pastoral ministry, to be honest, at the time, I was a little disappointed.

After I entered into the workforce, as a practicing designer, and continued to serve, in church, in different capacity as a lay leader, I saw how I could apply my faith in my vocation, and how my work experience could enhance my service at church. In God's kingdom, doing God's ministry and upholding his truth, it's just not the job of church leaders, and pastors.

I was enlightened when I come across a story of Elijah, in First Kings chapter 19. And then in reference in Romans 11, when Elijah was tired, and he cried out to God, that he was the only one left doing God's work. He literally say that. But God, answered him kindly. That he had reserved for himself, quoted unquote, 7000s who have not bowed to the need to bow to Baal. It dawned on me that there were 7000 individuals, that outside of Elijah's immediate circles, they remain faithful to the identity as God's servant, and they were, in fact, Elijah's co labourer, in doing God's work. These 7000 were not necessarily prophets. They're not pastors of today. But they were probably working in different spheres of the society, and they,  in God's eyes, they were equally important to carry out God's work, in whatever capacity they were trained to do. So could a designer be as important as a pastor or prophet in fulfilling God's calling? After my Tyndale days, I worked for several design firm, before establishing my own firm. My design focused the transitions many times from being a graphic designer, to a communication designer, to a brand designer, experience designer, design thinker. And now my business focus is a consulting on digital transformation. But you know what? The trajectory of my work has shaped my thinking as a designer, as a businessman, and also a problem solver. That prepared me to establish the Tyndale Centre for Redemptive Entrepreneurship today. Our goal here is to create a movement to equip Christian entrepreneurs as a cultural shaping catalyst in advancing their redemptive ventures.

We talk about Elijah being so important as, in God's kingdom, advancing gospels, but there are other people in the Bible, that is also very important for us to, to recognize, to identify with. So let me just share three others character in the Bible that could help us identify our role and our mission. One, Joshua, Joseph sorry. Joseph was a faithful God honouring worker in Egypt. But his life was characterized by betrayal, slavery, injustice. He actually represents many of the workers in everyday work today. Dr. Paul Stevens described Joshua's, Joseph's vocation in a secular situation, is like a, in a full time ministry without a specific existential call of God. But yet, eventually, he's truly living out his calling. Do you feel that you cannot fully manage your vocation sometimes? Have you ever asked how long you would need to wait before you can see the clarity of God's calling? I certainly has that experience, myself. And in Joseph, in the life of Joseph can be a good reminder that waiting, sometimes, is a very much a part of our faith journey. And we learn to discern and develop character while we wait.

The second character that I want to look at is Daniel, Daniel in Babylon, he's the second in command. Daniel's vocation come with a powerful authority, but under the public eyes of a pagan culture, with hostile environment. Daniel managed to walk in this tight rope of partial cultural assimilations without religious and moral compromise. Do you feel that there is a little hope to find good Christians in some industries, sectors, environments, or even country? We lost hope in some of those. But these places may be corrupt, ungodly, materialistic, power hungry, and filled with darkness. But God called people like Daniel to be the lampposts of his time, to be the light and salt where he was, in all circumstances. Do you see the possibility of you, maybe, carrying out God's missions in your life in a similar way?

The third person that we can identify with is Nehemiah. Nehemiah's need is the entrepreneurial builders in Jerusalem. He ventures into rebuilding Jerusalem's wall, in order to restore the safety of the remnant, in a broken city. They may ask the questions to all of us. Have you seen a problem that you deeply cared about in your community? Do you have an idea of how you might solve these problems? The last question is, do you think that God is calling you to act on these ideas? For me, I personally identify with Nehemiah a lot. God drew my attention to some of the particular problems that I saw.

Some years ago, I met a friend. Let's call him Dave. Dave was 27 years old when my wife and I met him. We learned that he has been homeless on the street for over 20 years. As my wife and I befriend with him, we learned more about the homelessness, we learn to care about him, and start to see the multifaceted challenges that he holds, he had to face, in building a healthy, sustainable flourishing life. It is not easy. And unfortunately, there are many Daves out there. So I ask, how can we help people in need from getting into the state of homelessness, instead of just trying to find way to rescue them. We learned that approximately 25% of the homeless have criminal record. Former offenders typically have very difficult to find employments. You'll find most of the case, their success rate is less than 5%. At that time, God gave me a chance to partner with the halfway house organizations. We created a new approach to solve that employment challenge with a new coffee business model. We create a unique coffee brand, a business model, a two way employment education program. And the program actually was successful that we were able to elevate the rate from less than 5% to 64% in the, in one year. Corrections Canada was excited, and they recognized the success and shared the story across the sector in the country.

In conclusion, there are many reasons for people to have a barrier to employment. Those situations could lead them being homeless, for example, mental health issues, physical challenges, record of offense, or newcomers adjusting to the new environment. All of these are part of the problems. Two years later, I partner with another group of friends with complementary expertise. We started a recycling company to create jobs to create jobs to these groups, broader group of people. Why we're targeting to divert the 2.26 billions of VHS tapes in Ontario, and millions of child safety car seats from going into the landfill. That's a lot. But once we started the project, we learned that Ontario is not the is not the only one has these environmental problems. There are no recycling program of VHS tapes in the entire world. And there is no government sponsored child carseat recycling program in North America. So, our program, our company, became an inspiration to many like minded people.

Let's think back. from God's kingdom point of view. We learned that church is called to serve of our community, to serve the world. We don't usually see Christians that are also called to solve the problem of God's world, that God care about. God's redemptive plan is not only cover the great Commission, and his great commandment alone. His call also include the original creation mandate. Remember the moment that he created humankind with the responsibility of filling, subduing and do, dominion over the earth. God demonstrates how He did it, as the redemptive, entrepreneurial spirit, He created, He sustained and He prepared to restore the brokenness of this world through sacrifice. God has compassion for people with brokenness of all kinds, as well as ecological threat that we face today. He wants us to co-create with him to redeem, restore and rebuild what is missing. In co-creating with God, which character would you identify with living out your mission? Would that be Elijah, the prophetic voice of his contemporary world and invite people to give allegiance to the true God? Or, you identify with Joseph, who stand firm on honouring God, even when there is no explicit calling? What about Daniel, who choose to remain faithful to God and God alone, against all threats? Finally, may be you identified with Nehemiah, the builder who act on his lament prayerfully, and God fulfilled his plan.

Hello, my name is Philip Yan. I'm a builder in God's kingdom. Who do you identify yourself with?