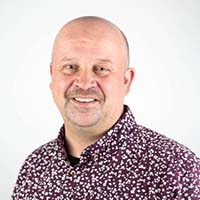 In continuing our summer series of reflections, Tim Kantel shares a message about Wisdom’s plea to be heard entitled “The Layperson’s Guide to Wisdom” from Proverbs Chapter 8.

Tim serves Tyndale as the Senior Admissions Counsellor for Undergraduate and Seminary Studies for Eastern Ontario and Atlantic Canada.  Tim grew up in the world of Christian higher education as his father was the founder and president of a small Christian university in New Brunswick. Tim completed both a BA in Humanities and a Bachelor of Ministry degree from St. Stephen’s University and then earned an MBA from St. Joseph’s College.

For those of you who don’t know me, my name is Tim Kantel and I’m the Senior Admissions Counsellor at Tyndale.  I’ve had the privilege of being a part of this wonderful community for 10 years now and am really honored to be able to share with you for a few minutes.

My text this morning is going to be Proverbs chapter 8. I won’t read it all but if I were to summarize the theme of the chapter I’d say it’s “Wisdom’s plea to be heard”. Now I realize I’m venturing into interesting territory speaking to a community of philosophers and scholars about wisdom.  Maybe that says something about my lack of wisdom right there trying to do this talk.  I consider myself a layperson at best when it comes to scholarship, but what I appreciate about Proverbs 8 is that it addresses the ideas of wisdom at my level of understanding, hence the title for my talk today, “The Layperson’s Guide to Wisdom.”

Now because I’m shaped forever by my one homiletics class I took, I have three takeaways from my look at wisdom in Proverbs chapter 8.

Wisdom wants to be found. When my kids were young one of the games they loved to play was hide and seek. What they loved even more was playing hide and seek in the dark!  Any of you who are parents, may recognize some version of this.  We wait until the sun goes down, turn off all the lights in the house, and then play this wretched game in complete darkness.  I hate hide and seek! As a large man fitting into the best hiding spots is next to impossible and then add on to that running into tables, dressers, and basically everything in the house while I’m trying to find some place to cram my body is just a miserable experience.  I quickly came up with the strategy that the best hiding spot for me was to climb into my bed, pull the covers over my head and just lay still.  It was comfortable, easy to do, and I may or may not be able to get a 5-minute nap in.  Usually though I was found pretty quickly by my kids which was of course the plan all along.

In a weird sort of way, it’s the same with wisdom.  It wants to be found.  Wisdom is that obvious lump under the covers.  It’s the legs and feet you can see hiding behind the curtain.  It’s the grown adult hiding behind the smallest tree in the forest. Looks at verses 1-4 as an example.

Does not wisdom call out? Does not understanding raise her voice?
At the highest point along the way, where the paths meet, she takes her stand; beside the gate leading into the city, at the entrance, she cries aloud:
To you, O people, I call out; I raise my voice to all mankind.

Using key imagery here that is relevant to the people of the time reading this the high place, the point where paths meet, the gates of the city, we are told that wisdom wants us to find it.  Wisdom places itself in the most obvious of spots, we just need to know what it looks like which brings me to my second point.

Wisdom tells us a lot about itself and what it looks like. In the next section of the chapter, we see a pretty clear description of what wisdom looks like and also a little bit about the rewards of pursuing it. So the other week, I was sent to the grocery store to pick up some kimchi for a rice dish that my daughter wanted to make for supper. I didn’t think much of it and headed over to the store. It took some searching but I eventually found the kimchi, grabbed the jar, paid for it, came back home and proudly presented it to my daughter as a mission completed.  Well, the look on her face immediately told me something was wrong.  There was frustration, anger, disappointment, and possibly a few tears. You’d have thought I’d destroyed her favourite stuffy, but no – I’d gotten the wrong kimchi! I’d made a rookie mistake and instead of asking for details of what brand and size I needed to get, I picked the first jar I saw.  Instead of asking for a picture, I’d just gone ahead with my quest to the grocery store, unaware of the horrible mistake I was about to make. Well, a second trip to the grocery store and the problem was rectified but I learned my lesson.

Let’s look at the descriptions that wisdom gives us about itself.

I, wisdom, dwell together with prudence; I possess knowledge and discretion.
To fear the LORD is to hate evil; I hate pride and arrogance, evil behaviour and perverse speech.
Counsel and sound judgment are mine; I have insight, I have power.

What’s interesting is that just as I finally benefitted from a delicious meal of Kimchi rice after getting the right jar, this part of Proverbs 8 also talks of the rewards or benefits of finding wisdom.

By me kings reign and rulers issue decrees that are just;
by me princes govern, and nobles—all who rule on earth.
I love those who love me, and those who seek me find me.
With me are riches and honor, enduring wealth and prosperity.
My fruit is better than fine gold; what I yield surpasses choice silver.
I walk in the way of righteousness, along the paths of justice,
bestowing a rich inheritance on those who love me and making their treasuries full.

While we all may not be Kings, Queens, and Nobles (as cool as that might be), what I believe this speaks to is the stature of wisdom. While we may not receive literal gold, silver, and riches, our payoff for the pursuit of wisdom will be wonderful. Maybe even better than kimchi rice.

True wisdom exists in relationship with God alone. Many of you who will remember we had a colleague in Admissions named Oje. Those of you who knew him know, he’s an unforgettable character. Years ago, when we met for the first time and I was telling him about myself, he started calling me the “OG”.  Now being out of touch with most things current, I had no idea what he was talking about and had to go look that up.  What I figured out was that it was basically a nice way of calling me old. Actually if you look up the meaning, being an OG basically means you’re an original! You’ve been around since the beginning and what you do and who you are is the standard on which all else is built.

Weirdly enough this is the relationship between Wisdom and God.  The last section of Proverbs 8 established that relationship and tells us that outside of relationship with God, true wisdom isn’t possible. This is the standard on which everything else is built.

The LORD brought me forth as the first of his works, before his deeds of old;
I was formed long ages ago, at the very beginning, when the world came to be.

The author goes on to say that at every step of the formation of the world as we know it, wisdom was there. Every step of the way.  In verses 30 and 31 then, there’s an interesting note, that wisdom is genuinely excited and rejoicing in both the Glory of God and in the creation that took place.

Then I was constantly at his side.
I was filled with delight day after day, rejoicing always in his presence,
rejoicing in his whole world and delighting in mankind

What this feels like to me is that true wisdom is a special and unique gift that originates from the beginning of time. It is from God himself and is possible and happily given to those who choose relationship with him.

So as we finish Proverbs 8 and I finish my talk this morning, I want to leave you with a few things. If you’ll notice, I’ve been careful not to define what exactly I think wisdom is. I don’t think I could even come close to doing that in the time we have for this talk and I actually have a suspicion that the definition of wisdom is very personal and unique to each of us. While being grounded in the truth of Scripture and our relationship with God, it is at the same time situational and personal. That is a mystery I’m very much ok with.

What Proverbs 8 does say is that we have a choice and it’s been laid out pretty clearly in front of us. We’ve been told wisdom is calling out for our attention.  We’ve been given a pretty good idea of what it can look like and the rewards we can receive from pursuing it.  We also know the origin.  Wisdom has existed since the beginning of time and outside of relationship with God, finding it is impossible.

Let’s finish then with the last 5 verses of Proverbs 8 which serves as a final call.