Brian Craig became Director of Leadership Development for Canadian Baptists of Ontario and Quebec in 2008.  He came to the role from 25+ years of pastoring in Canadian Baptist churches in the West and in Ontario. He’s been solo pastor, senior pastor, associate, full-time and part-time over the years. In addition he has and continues to teach for various seminaries in areas of pastoral leadership and practice, including Taylor Seminary, Carey Theological College and Tyndale Seminary.  Brian completed his Master of Divinity at Southern Baptist Theological Seminary, and his Doctor of Ministry degree from Carey Theological College in Vancouver.  His Doctor of Ministry work eventually led him to author the Canadian Baptist Ministries publication, The Song in the Borderland, an integrated curriculum that helps churches to look at what it means to be the “sent and sending people of God.”  Brian is married to Sharlene, who is Director of Member Care and Human Resources at Canadian Baptist Ministries.  They have two adult children who live in Hamilton.  Brian is a serious (his family says “obsessed”) gardener, and he and Sharlene love to travel.  They’ve visited nearly 40 countries worldwide on 5 continents, and he’s been in 50 US states and 9 of the 10 Canadian provinces. 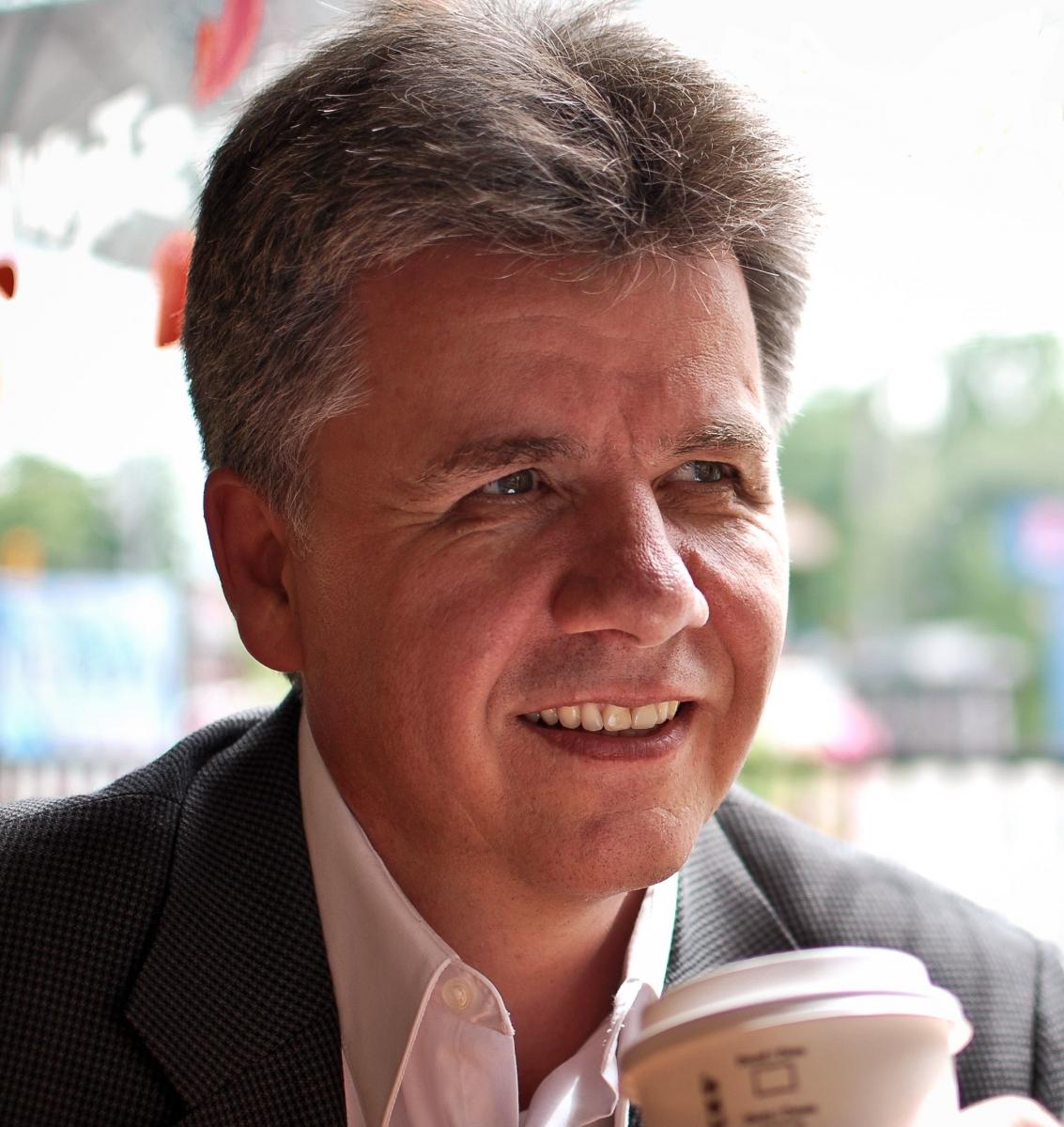 Dr. Michael Krause brings with him a broad range of urban ministerial knowledge and an eclectic portfolio of experience in the non-profit sector in the Toronto area.  This includes senior leadership in churches, social service agencies and educational institutions.  It also includes Master’s level studies in program development and doctoral studies in organizational change. He completed BscF at University of Toronto, 1981, MDiv at Tyndale Seminary, 1985 and DMin at Gordon Conwell Theological Seminary in 2009.  Urban Ministry, Missional Ecclesiology and Bible Interpretation are his areas of specialization.  He is currently the Pastor of Hills Community Church, an innovative church plant in Thornhill.  He also functions as the interim Director of Staff Care at Yonge Street Mission where he provides leadership development, psychometric testing, coaching and counseling to staff members working with the urban poor. He has been teaching courses with the TIM Centre Diploma program since its inception in 2010. He is married to Brigitte and has two adult children who also live in Toronto. 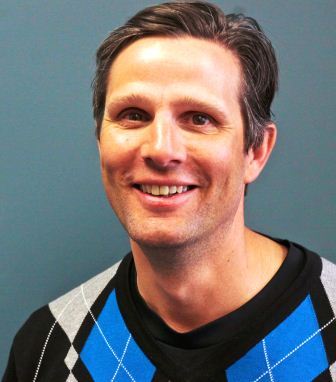 Clint serves as the Director of Congregational Health for the Canadian Baptists of Ontario and Quebec. Previously he served as the Director of Church Development for the Eastern Canadian District of the Christian and Missionary Alliance. He was the founding Pastor of Bradford Alliance Church and has a served in a wide range of church ministries previous to church planting.  His passion is to see the existing and emerging church experience ongoing transformation and reach their Kingdom potential and transform the Canadian cultural landscape. He understands his role as a bridge between the existing and the emerging church.  Clint has extensive experience in the area of church planting. He has led Church Planters Summits, conducted and trained others in assessing potential church planters, chaired the leadership team for the Church Planting Canada Congress, led networks of church planters and coached existing church plants. Clint has served as the lead trainer for Natural Church Development in Canada, training hundreds of laity, clergy and denominational executives in the principles of church health and multiplication. He participated in the Natural Church Development partner's summit in South Africa. Clint was ordained via Christian and Missionary Alliance in Canada. He has a Biblical Studies Degree from Canadian Bible College, is a graduate of the Arrow Leadership Program, has a MA in Leadership and Ministry from Ambrose Seminary and a Doctor of Ministry from Tyndale. 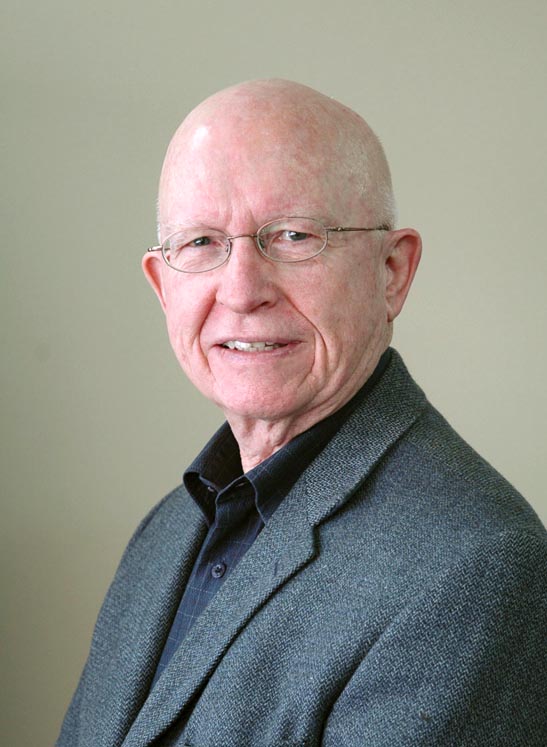 Bob has been involved in mission since the day he was born to missionary parents working with SIM in Nigeria.  Since 1968 he has been associated with Interserve (Canada) and has spent 18 of those years living in India, Pakistan, and Cyprus.  During that time he participated in Interserve leadership at various levels, both in Asia and in Canada. Teaching Perspectives courses and preaching on mission in a variety of churches continues to be a favourite retirement activity.  Currently he is a trustee of the Maranatha Foundation, a member of Imago and Vice President of his local Electoral District Association. Bob married Carol Small in 1996 after his first wife Petie died of cancer, and he is the father of Christopher and Jonathan, both currently living in BC.  Carol has a son, Steve, and a daughter, Shelly, both in Toronto.  Bob is a graduate of the University of Western Ontario, Tyndale University College & Seminary and is trained as a secondary school teacher in History and English.  In May, 2011 Bob was awarded an honorary Doctor of Divinity degree from Tyndale Seminary in recognition of a lifetime spent in mission. Carol and Bob attend Bridlewood Presbyterian Church. 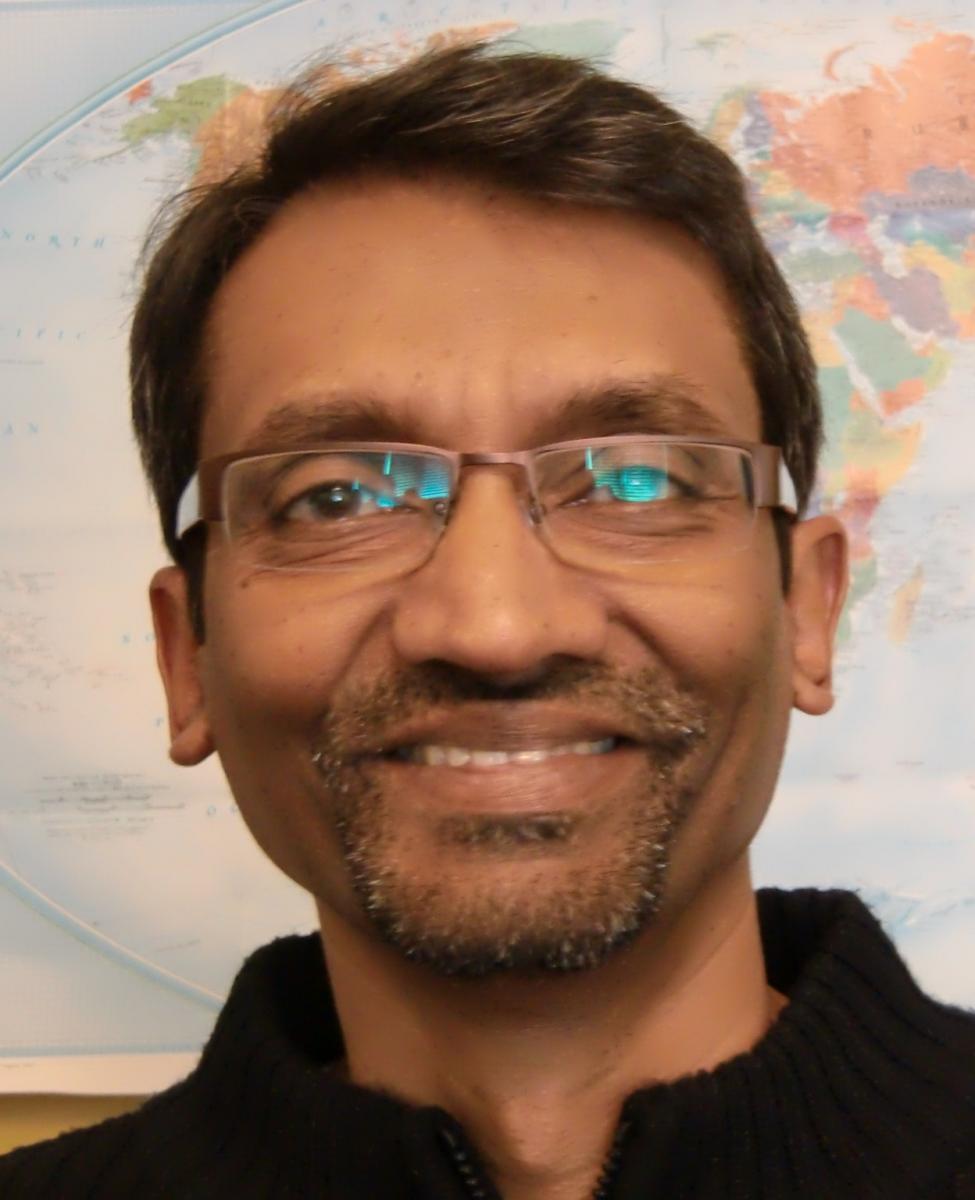 Chris Pullenayegem is an immigrant of Sri Lankan origin who has a lived experience in a multi-religious, multi-ethnic environment. With an academic background in law, psychology and leading change, Chris brings wisdom, knowledge and skills in assisting organizations and individuals discover and fulfil their potential, especially in rapidly changing external environments. Chris has held senior leadership positions in private, not-for-profit and government organizations and great deal of experience in the area of newcomer integration, cross cultural competency training and leadership development. He recently published a book “Build your neighbour: dismantle the myths”, a handbook designed to help believers understand the changing demography in Canada and the cultures, religious beliefs and challenges of their new neighbours. 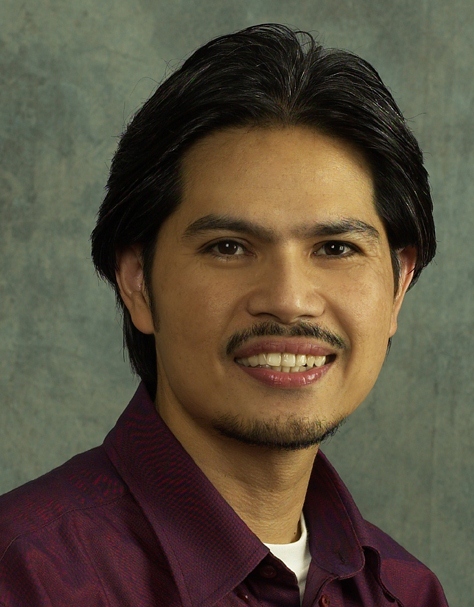 Narry F. Santos is Senior Pastor of Greenhills Christian Fellowship-Toronto and Executive Pastor of Greenhills Christian Fellowship-Canada. He has helped plant six churches in Canada in the past six years. He is also Adjunct Professor at Tyndale University. He wrote 5 books, including Slave of All: Paradox of Authority and Servanthood in the Gospel of Mark (2003), Turning our Shame into Honor: Transformation of the Filipino “Hiya” in Light of Mark’s Gospel (2003), and How God Works (2003). He contributed a chapter in five edited books and an article in six academic journals. He has Doctor of Philosophy degrees in New Testament from Dallas Theological Seminary (1994) and in Philippine Studies from the University of the Philippines (2006). He is an ordained pastor with the Canadian Baptists of Ontario and Quebec (CBOQ), and currently serves as Senior Consultant on Church Planting and Evangelism with the Canadian Baptist Ministries. He and his Hazel (who have been married for 24 years) have two daughters named Eirene (20 years old) and Kaira (17 years old). 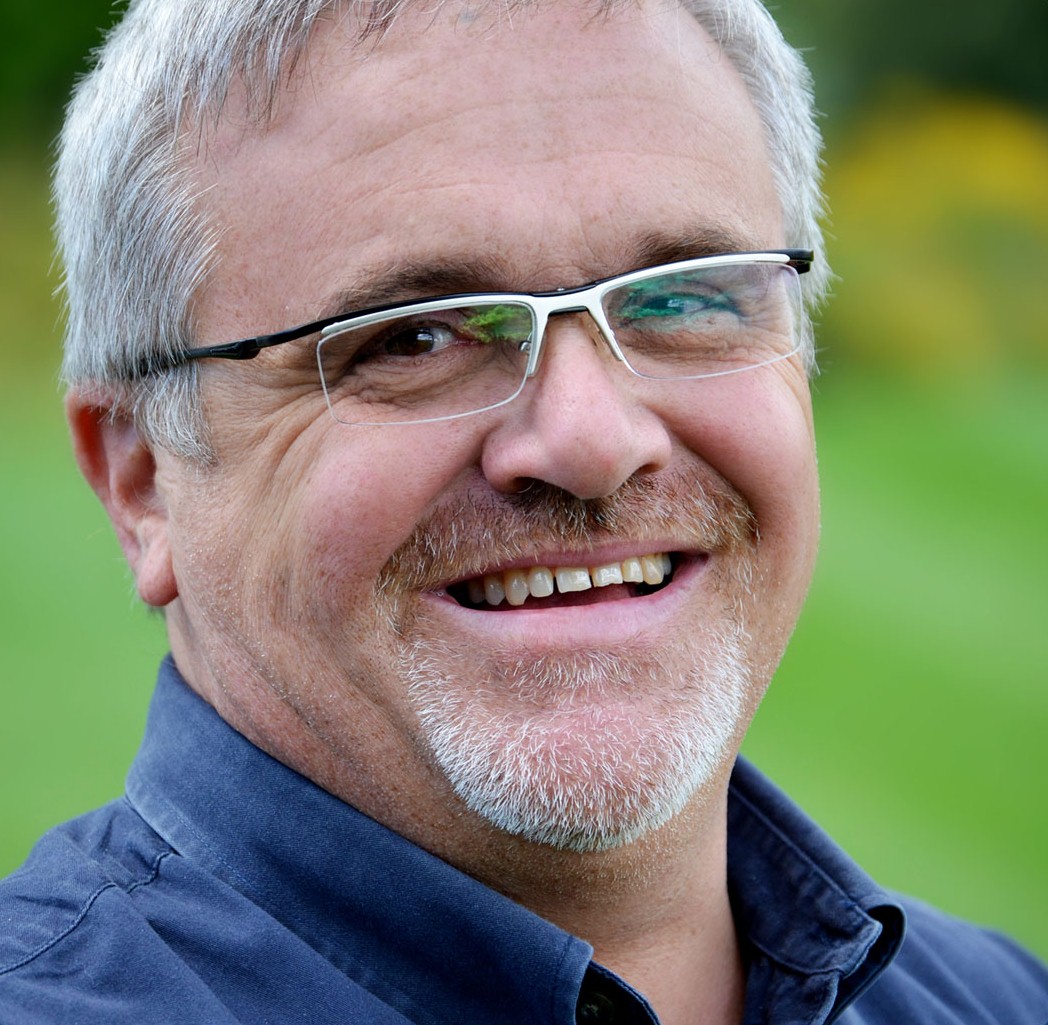 After 20 years on the field with CBM in France, Terry joined the leadership team at Canadian Baptist Ministries as Director of International Partnerships in 2003. He and his team are responsible for CBM’s global mission strategy, partnership building, program management and leading our Global Field Staff. After working for six years in Quebec, Terry and his wife, Heather, moved to France in 1984. Terry was involved in ministries ranging from inner-city youth work, church planting, outreach programs for Muslims in the francophone world, theological education and leadership development. Prior to returning to Canada, he was the Principal of the European Bible Institute in Lamorlaye, France, an interdenominational Centre for the study of Theology, Mission and the Arts. He is a graduate of the University of Ottawa (B.Soc.Sc. in Sociology) the Faculté Libre de Théologie Réformée (Aix en Provence, France) and the Faculté de Théologie Evangelique (Vaux sur Seine, France) where he completed his DEA.  He obtained his Doctorate (DMin) in Missiology at Acadia University in Nova Scotia, Canada in 2010.  His thesis is on the transformational nature of partnerships. He is co-author of Going Global (Chalice Press, 2011) and Wordeed, An Integral Mission Primer (2012).  He has also written many articles on evangelism, gospel and culture, urban mission and missiology.  In addition to his work at CBM, Terry teaches at Acadia Divinity College and Carey Theological College.  Terry and his wife, Heather, live in Toronto, Canada. Heather teaches Grade 5 French immersion. They have with three adult-ish kids, Meghan, Caitlyn, and Nathaniel. Terry’s walking partner, Nutak, their black Lab’, is usually somewhere around their house as well. 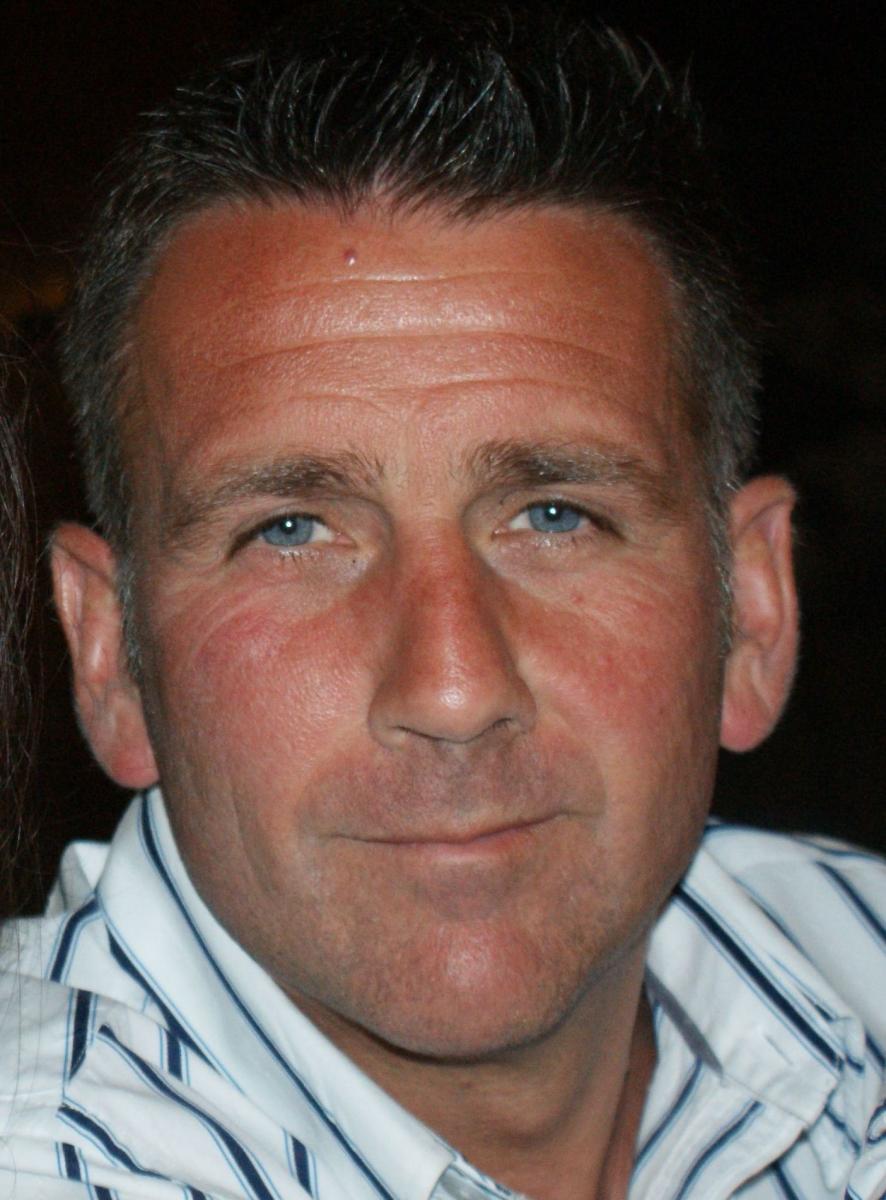 Mike's childhood faith was nurtured in a vibrant Christian Brethren fellowship in southwestern Ontario.  After briefly pursuing training for the graphic arts industry, Mike sensed the Spirit nudging him toward the possibility of congregational leadership.  He entered vocational pastoral ministry working with youth in Sarnia, ON before becoming an associate pastor in Simcoe, ON.  In 1996, he accepted an invitation to become the first pastor at a young church plant, where he has served as lead pastor of ForestView Church (Oakville) for the last seventeen years.  Along the way, Mike has also served in various camp, parachurch and community development contexts.  Most recently he has been working with Vision Ministries Canada, an organization that seeks to catalyze church planting and leadership development primarily among churches connected with the Christian Brethren.  Mike is a graduate of Ontario Bible College, BRS and Ontario Theological Seminary, MDiv (now Tyndale).  He further enriched his theological training with studies at Regent College and McMaster Divinity College, before completing his Doctor of Ministry (missional church leadership) at Fuller Theological Seminary.  His doctoral work focused on cultivating congregational interpretive capacity and sensitivity to the reciprocal impact of the missio Dei.  Mike and Sharon have three children, two in university and a son and daughter-in-law who just made them grandparents with the birth of a baby girl.  In his spare time Mike enjoys travel, culinary arts, film exegesis, theological exploration and the occasional spurt of fitness.