Can you believe that it is almost Christmas? I can’t. In fact I am finding it difficult to believe that it is December 6th, which is the date that I am writing this letter. It has been an amazing six months for me—a time of new beginnings and rich learning. It is never easy leaving one place that you love and that fits you like a glove and moving into a new place which is strange and wonderful all at the same time.

I have been amazed at the commitment to the mission of Tyndale by so many of you. The professionalism and passion for what we do is captivating, and I want to thank you for welcoming me into this band of sisters and brothers who believe that God is calling us to provide the best possible educational and spiritual transformational experience that is possible. As I said at the Installation Service—this is why we do what we do—and your commitment to that is amazing.

William Willimon is perhaps one of my favourite preachers. He was at one time the Dean of the Chapel at Duke University, which is a bit of a misnomer since the chapel seats 1600 people. He tells the story of a friend, a Physics professor at Duke, who decided to enter one of his first year classes wearing a red dress, high heels and a hat. The professor proceeded to lecture for 50 minutes on a subtle theory in Physics, waiting for one of the students to have the courage to ask him about the dress. Finally, near the end, one student summoned up the nerve and raised her hand. She asked, “Professor, what’s with the dress?” 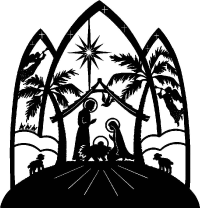 “I’m glad you asked,” he said. “I was beginning to wonder what it would take to shock you people. You want to know why I am wearing the dress, well it is like this. There have been very few foundational advances in physics in the last few years because it appears that we are attracting people who come to physics thinking we know something. They think that we represent sure and certain knowledge. The problem is, people like that don’t make new discoveries—they are neither, creative or imaginative enough to think outside the box. We need people who expect to be surprised, who want to be shocked and have the imagination to see new possibilities.”

I wonder if that is too often how we enter the Christmas story. It is all so familiar; we have heard it before and forget how surprising and imaginative God was and as a result it loses its power and significance. It is all so common and sure that we lose the ability to approach the story with imagination or belief that should speak to us in fresh ways. We prefer the warm nostalgic feelings of familiarity so we are not made uncomfortable by the birth, and that is the problem. Without imagination, there is no mystery, and we become trapped in the hollow emptiness of circumstances as they are. You see, the opposite of imagination is hopelessness.

Christmas, even the birth of the Christ child, only has power when we allow ourselves to be surprised by it. It only continues to speak to us year in and year out when we keep it fresh. Think of the time of the birth itself because the context is crucial.

The prophets’ voice had been stilled for a long time. This silence has been a point of curiosity by scholars who muse on the fact that between the Old Testament and New Testament periods of writings the time of the prophets appeared to have passed. This is a time of anticipation, a longing in the silence but not knowing. You do not want to lose your imagination or anticipatory approach to life in these times—you may miss the surprises. If you lose anticipation, you resort to shaping your faith into a neat system—putting it in a neat little box so it remains dependable and sure. It is also lifeless, but seemingly reassuring, in the midst of what appears to be silence from God. The Pharisees incarnate this deft ability, and it is no wonder they miss the birth’s significance. It does not fit.

Suddenly, out of nowhere the silence is shattered by the cry of a baby! Like the shattering of a window in the middle of deep sleep at night, the silence is shattered. The entire story of Jesus after that point becomes a narrative about those who recognize the possibilities in the moment and those who do not. Bruce Cockburn captures this in one of his songs with the word ‘rip.’ He writes:

The story of Simeon explains it best. We don’t know much about him; Luke only tells us he was a priest. He also thinks it is important for you to know that Simeon was a devout and faithful man because he realizes that it is possible to go about God’s work and not be. It’s actually a good reminder for us all. This was a man who performed the sacred right of circumcision, the sign of God’s covenant relationship with the people of Israel so many times that he had lost count. He had been given a promise—he would not die until he had seen the Messiah and as the child Jesus is placed in his arms, as so many had been before, he knows! This is not just any baby, and in his excitement he gets caught up in all kinds of contrasts—his life and his world in contrast to all that the life of Jesus will represent.

All of sudden he imagines the possibilities and cries out in ecstatic praise. “This baby will make things different, he says. “This child is destined to cause the falling and rising of many in Israel and to be a sign that will be spoken against, so that the thoughts of many hearts will be revealed. And a sword will pierce your own soul too.”

The truth of that prophecy from Simeon becomes an historical reality. In the life and teachings of Jesus, all is revealed. Things are seen for what they are. The brokenness and alienation, the injustice and hatred, the self righteousness and oppression of the world are bared before all. It is no wonder that Jesus is killed because people who reveal things are threatening. All the more tragic is the inability or downright unwillingness of so many who should have known better--people who could have lived in the possibilities of “His better way” because they were supposedly religious.

The celebration of Christmas still interrupts that silence. The birth still awakens something different in many people even for just an instant. We need to remember this birth yearly because in the light of Jesus, we see the dissonance in our lives. It is a sad parody to watch people try to deal with the dissonance they see in themselves. Tragically, for three or four weeks in December, North Americans try to make up for the 48 other weeks lived very differently. Law firms collect money for the poor. Businesses put out boxes for the food bank. Churches have dinners and hampers for those ‘less fortunate.’ For awhile, cities become more hopeful and caring places. For just awhile, things pause.

It is better to live Christmas year round—to be people of imagination and hope in a long obedient journey in the same direction as Jesus. These people have the courage to live faithfully day to day an adventure of faith. These people choose daily to not settle but instead live with anticipation of what God has before them.

Thank you for being these kind of people—incarnational examples of the One who reveals things for what “they are” and points to a better way. People who live faith with eyes wide open. Immanuel, God is with us!

Immanuel, God is with us!