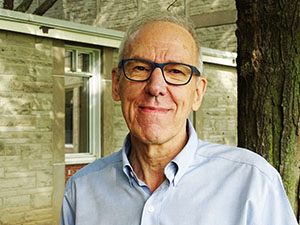 Tyndale welcomes new Bachelor of Education Faculty Advisor, David Pollard. With fifty years of innovative teaching experience, David has won multiple awards, including the Diamond Jubilee Award for Teaching Excellence in the province and the 2017 Lifetime Achievement Award from the Elementary Teachers of Toronto, among others.

David worked extensively in literacy and spoke to student-teachers at OISE, where he realized he enjoyed working with prospective teachers and preparing them for the classroom. Eventually, this interest led him to Tyndale, where he has taken on the mantle of Faculty Advisor within the Bachelor of Education program.

During his time in the classroom, he had always noticed a distinction in student-teachers from Tyndale. “They seemed more prepared than most other candidates. I’m thoroughly impressed by the ground work that’s been laid down here,” he shares. In his experience with student-teachers, he has encountered many from other institutions that “lose so many candidates by Christmas, and [others] when they are hired they drop out after the first year of teaching. I want to know why Tyndale students persist. They get into the classroom, and they’re not traumatized; they’re prepared to go on.” 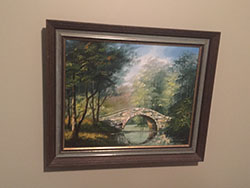 David feels his role here was orchestrated by God, beginning many years ago. In his early training days, he left home, his family and everything that was familiar in his small town to study at Simon Fraser University. It was difficult to adjust to this change. He was thankful to meet a friend named John Yeung, who introduced him to Dim Sum and the Chinese community in Vancouver. This friendship led to an extended trip to Hong Kong, David’s first time out of the country, where he met John’s family. Despite the language barrier, they welcomed David. John’s younger brother painted a picture and gave it to him as a parting gift. This painting hung on David’s wall for many years.

David got a call from his friend John years after losing touch. John asked David to connect with his nephew, Nick, whose father painted the picture for David. At the time, Nick was attending Tyndale’s Bachelor of Education program. That phone call brought David full circle to his relationship with his friend: “I wanted to think this is a coincidence, but I know when God is involved, there are no coincidences—it’s a plan. I’d taken a Tyndale candidate before, but I really got to know the Tyndale program through Nick. I was fascinated by what a great teacher he was and what a skill set he brought to the classroom in terms of Christian values, and how he saw teaching as a ministry. He wasn’t taking the Christian values and imposing it in a multicultural classroom, but taking all those qualities—being kind, considerate, generous, loyal, brave, honest etc.—and teaching to those qualities.”

Nick, like many Tyndale students, looks beyond the curriculum and sees each child as an individual. Tyndale students are cognisant of educating the child not only academically but also on social, emotional and even spiritual levels as they view the child holistically. “I say to the candidates, you have to be able to talk about what kind of teacher you’re going to be through the lens of what kind of person you are. Who we are reflects in how we’re going to teach. It will have an impact on the children you teach. They’re going to see who you are and if they don’t see a genuine, caring, loving person, with some faith in themselves and in them, they’re going to step back, and you won’t make that connection.” David looks forward to coaching student-teachers toward that end, and he is loving the experience of preparing these students to inspire and educate children for generations to come.