Journey of a Jane Austen Expert 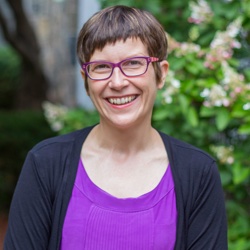 If you pick the brain of Dr. Natasha Duquette, Associate Academic Dean and Associate Professor of English, on the subject of Jane Austen, you will find yourself delighted by the fascinating and, at times, obscure details that pour out. You will hear facts that might surprise you – for example, despite being known for penning epic romances, Austen never married – or things that will make you think – for example, the way the author commented on serious issues, such as class division, by using comical scenes, like one about choosing the right toothpick case.

Considered an Austen expert, Duquette has studied the author and her novels for over fourteen years. She has published multiple articles and book chapters on Austen’s work and has edited a book collection. In 2008, she became a member of the Jane Austen Society of North America (JASNA), where she has presented conference papers, and she now sits on the Board of Directors for JASNA.

But it was not love at first sight between Dr. Duquette and Jane Austen.

The first time she turned the pages of Jane Austen’s Pride and Prejudice as a first-year undergraduate student, the story did not exactly capture her imagination. She remembers thinking, “Why are the characters fighting and debating all the time?” She even left the book unfinished that year.

It was not until Dr. Duquette was acquainted with Marianne Dashwood that her opinion on the novels began to change. Through her love of the Sense and Sensibility heroine, Dr. Duquette came to appreciate all of Austen’s heroines. She saw similarities between Dashwood and Elizabeth Bennett, which prompted her to take a second look at Pride and Prejudice. At that time, she was writing a dissertation on Romantic-era poetry and was a teaching assistant for a Romanticism class. Austen had only recently been introduced into the mix of the key writers from this era frequently studied in classrooms. “I liked that Austen was the female voice amongst the male Romantic poets of the time,” says Dr. Duquette.

As she was finishing her PhD from Queen’s University, Dr. Duquette was invited by Trent University to teach the Age of Sensibility course. She was impressed with the way Austen weaved 18th-century philosophy into her novels. “That made me really appreciate her as a thinker,” she says. She went on to teach more Austen courses, one at a university in Edmonton that came to be after a group of enthusiastic students signed a petition expressing interest in the course.

Now as the professor for the Jane Austen university course at Tyndale, it is important to Duquette that Austen’s work not be framed as “romance novels” – a common misconception that contributed to Duquette’s own initial distaste for the stories. Her class looks at the historical, political, theological and social contexts and discusses different interpretations of the texts. “What I try to do is bring the historical world to life,” she says. The students are immersed in the stories, characters and time period through mapping out family trees, wondering “Are you a Marianne or an Elinor,” and learning the story of the woman behind the novels. Throughout the course, powerful themes begin to surface.

“[Through the study of Austen] my students are really learning about human nature,” says Dr. Duquette. “I would like them to take away that the novels are about treating other human beings with dignity and civility, and recognizing their humanity. They are about community and accepting other people’s fallibility, and even being able to laugh at them and laugh at yourself.”

Dr. Duquette’s upcoming projects include presenting papers at the Jane Austen and the Arts Conference in March, and JASNA in October. She has also written a chapter for the forthcoming book Jane Austen and Masculinity (Bucknell University Press, 2017).