Honours Psychology students from Tyndale University College had the unique opportunity to present their own research at The Ontario Association for Behaviour Analysis (ONTABA) conference in Toronto, Ontario. The prestigious conference draws researchers, practitioners and experts from across the province.

The Tyndale students were among the very few undergraduates accepted to present at the conference. Each student submitted their research to be reviewed and approved by a committee of experts. 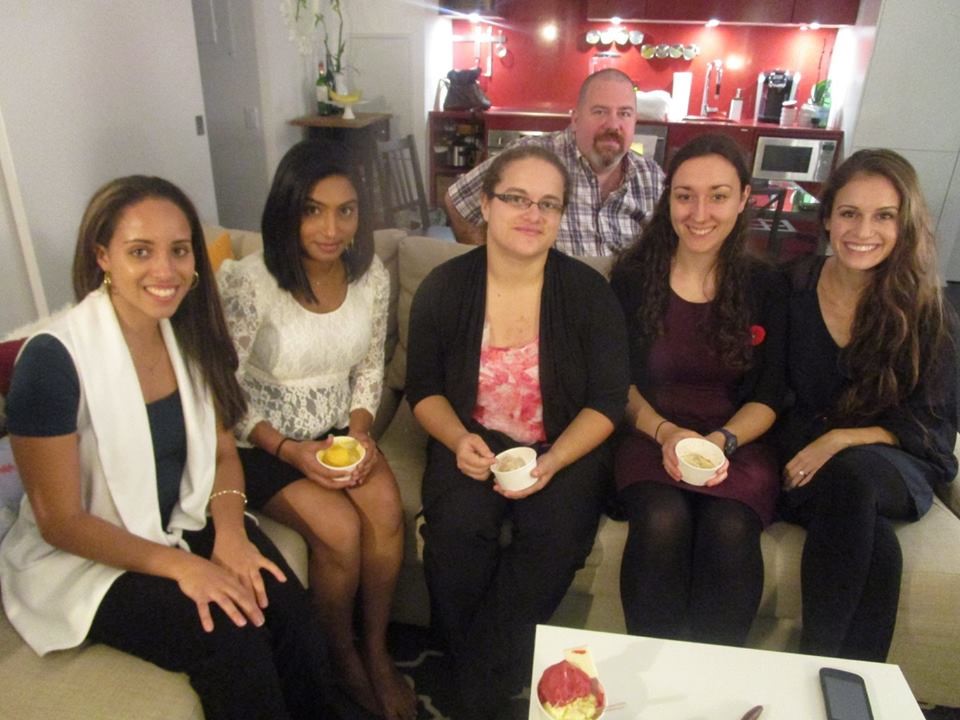 “It’s very uncommon for undergraduates to head up their own projects and present them,” says Dr. Amanda Azarbehi, Assistant Professor of Psychology. “It’s one of the things that sets Tyndale’s Psychology program apart.”

Caitlin Winger [BA Hons. Psychology] presented her poster on anxiety levels of parents of children with autism. Her research found that close to half of those surveyed showed signs of above-average levels of anxiety. She is continuing to look deeper into the relationship between a parent’s personality and their levels of stress and anxiety. 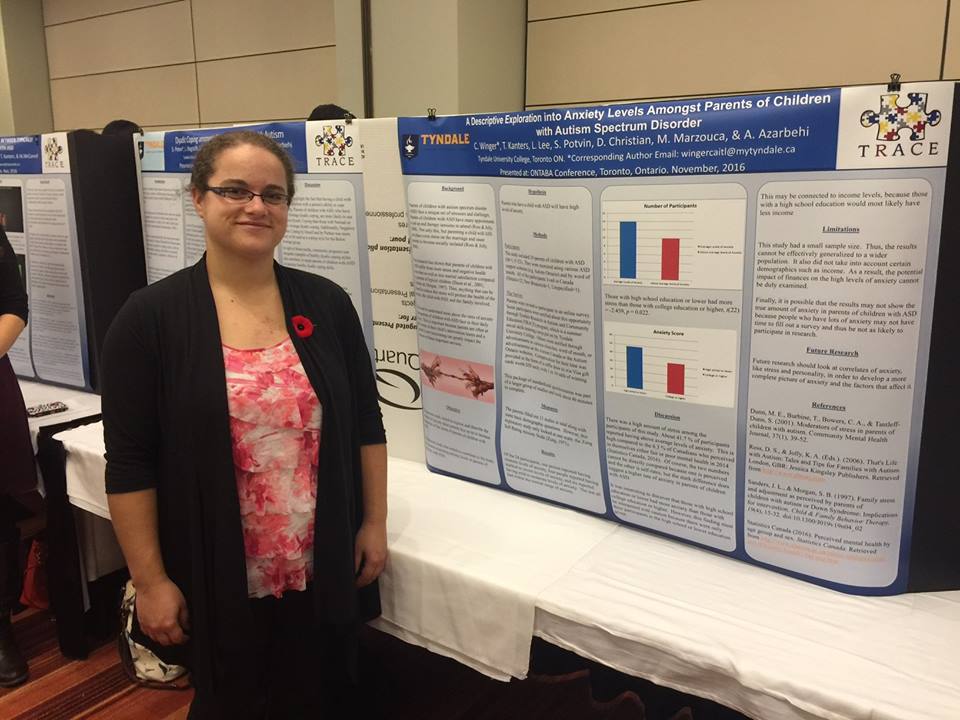 “There’s very little research about this, so I’m excited to help increase our knowledge in this area,” says Caitlin. “My passion is for helping people through stress and depression. Knowing how personality is related to stress levels could help us with interventions later on."

Marsha Marzouca [BA Hons. Psychology] is exploring ways to help children positively interact with peers who have disabilities. She conducted her research during the Tyndale Research in Autism and Community Education (TRACE) camp, where she examined which character traits influence a typical child’s ability to interact well with children with autism. Marsha’s research showed that a one-hour training program for typical children positively improved the way they interacted with children with autism. 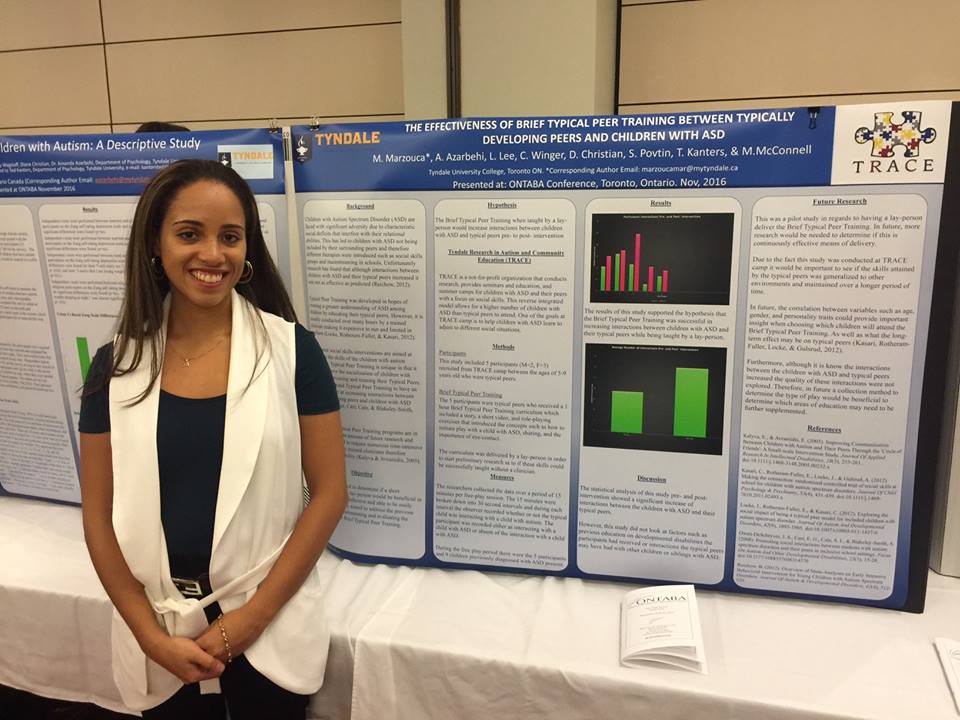 “Children sometimes bully others due to a lack of understanding,” says Marsha. “When we teach [typical children] about autism and how difficult it is for children with autism to make friends, then they can come from a place of understanding and can actually become friends.”

The TRACE camp provided both the research opportunities and the funding for the students to attend the conference. The honours students work together during TRACE camp and operate in a lab group. This means they are listed as authors on one another’s research projects and will graduate Tyndale with as many as 18 publications on their resume as they apply to graduate school.

All six were recently accepted to present at a second conference in January, 2017, held in Puerto Rico with the Association for Behavior Analysis International (ABAI). They are also currently in the process of applying to a third conference with the Canadian Psychological Association (CPA), held in Toronto next June.