Steve Boctor [MDiv 1997] has experienced first-hand how foundational families are to our culture. He believes the direction in which society moves is dependent on how strong, healthy and godly families are. This is what drove Steve to write his practical book titled The ABC’s of Parenting: 26 Practical Lessons for Building a Healthy and Happy Home. The idea for the publication came during a moment of silence in his spiritual formation course at Tyndale when he was asked to write down his life goals. 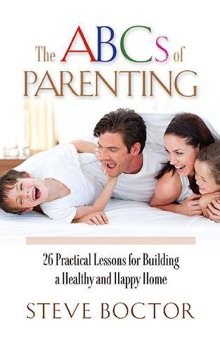 Steve hopes that through the experiences God has given him as a pastor, parent and spouse of someone with mental illness, he can make an impact. One member of Steve’s church expressed how his book had been instrumental in turning around her daughter’s dysfunctional family. She had felt that the home’s atmosphere was strained, and visits with her grandchildren were difficult and recommended that her daughter read Steve’s book. Months later, she came to Steve in tears, saying, “You do not know the difference that book has made in the home.”