Christmas in the Chapel 2020

Tyndale University is delighted to bring the sounds of Christmas into the comfort of your own home! This year marks a milestone for Christmas in the Chapel. For this 10th year it will be a free, virtual, seasonal celebration. Joining the Tyndale Community Choir, Singers and Band are popular guest artists from recent Christmas in the Chapel concerts: Laila Biali and Robert Pilon.

Directed by Dr. Melissa Davis, this year’s virtual concert will help you start the Christmas season with traditional favourites and a blend of genres to stir your heart. This annual benefit concert supports Tyndale students directly through providing much-needed scholarships and bursaries. Many Tyndale students need this financial assistance each year, and due to the impacts of COVID-19, many students have had a more difficult time finding ways to pay for their education. We are seeing greater levels of stress in students than ever before.

With your help, we can ease this stress. Even in the midst of this pandemic, Tyndale continues to prepare students by enriching minds, hearts and character. Students go on to engage culture wherever they find themselves, and bring hope to a world that desperately needs it. Please prayerfully consider how you can help Tyndale students so that they can remain in their studies. 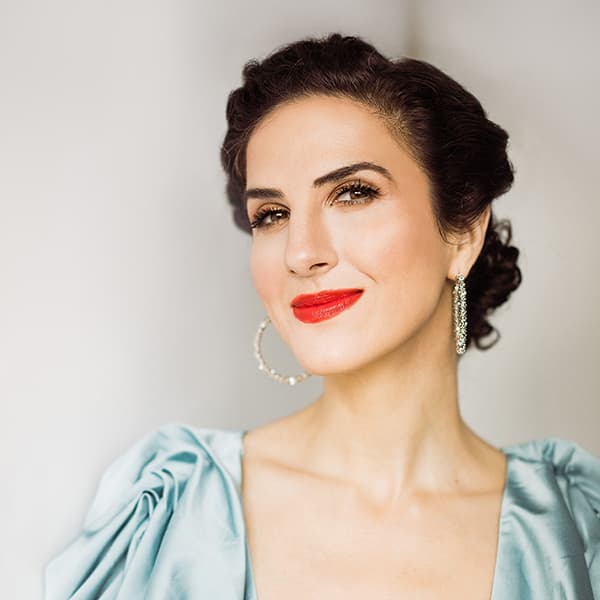 Multi award-winning Canadian singer-songwriter, pianist and CBC Music national radio host Laila Biali has headlined festivals and venues spanning five continents from New York City's Carnegie Hall to Beijing's National Centre for the Performing Arts, and supported international icon Sting. In 2019, Laila’s eponymous release won her a JUNO (Canada's GRAMMY) for "Vocal Jazz Album of the Year.” The year before that, she was awarded top prize at the Canadian Songwriting Competition in the Jazz category. Laila was also the youngest-ever double winner at Canada’s National Jazz Awards when she was named "SOCAN Composer of the Year" and "Keyboardist of the Year.” She received her first JUNO nomination for Tracing Light (2011), and a spot on DownBeat Magazine's "Best Albums of the Year" for Live in Concert (2013).

In September of 2017, Laila was brought on as the host for CBC Music's national radio show, Saturday Night Jazz, a weekly show broadcast to listeners across Canada. While Laila continues to earn high honours in the Jazz world, her signature sound transcends genre as she "masterfully mixes jazz and pop, bringing virtuosity and unpredictability to songs that are concise and catchy" (Washington Post). Laila's highly anticipated album, Out of Dust, which features multiple GRAMMY nominees and winners including Lisa Fischer, Alan Ferber, John Ellis, and Larnell Lewis, released March 27, 2020.

Laila joined Tyndale for Christmas in the Chapel 2018 as our first jazz guest artist. 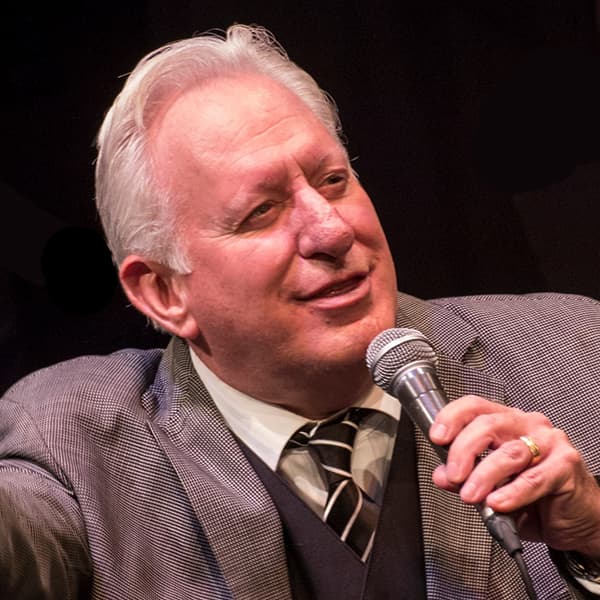 Singer Robert Pilon was proud to have played the lead role as Jean Valjean in Les Miserables in Toronto at the Royal Alexandra Theatre and closed at the National Arts Centre in Ottawa, and The Phantom, in the Toronto production of Phantom of the Opera at the Pantages Theatre. He has been a guest on numerous television specials and starred in his own, A Canadian in New York, which garnered 2 international awards. He has 3 CD's, and been a special guest on others including 2 Frank Mills albums, the 125th special recording of the Canadian National Anthem featuring Canadian recording artists and on the original cast recording of the musical Ragtime, all of which have made him a global ambassador for Canada. He was awarded the Queen’s Diamond Jubilee Medal for his contribution to those in the line of service to our country including 7 performances to mark the 9/11 anniversaries in Canada and New York City, most recently the 15th anniversary in Gander, Newfoundland for the original Come From Away community. Robert has been honoured to perform for the past 4 Prime Ministers, 3 Governors General and Her Majesty Queen Elizabeth II.

He now shares his talent and that of others in his tailored show, “Robert Pilon and Friends”. 2017, ‘18 and ‘19 highlights included tours through Canada, the US, Europe and the Middle East with the special honour of performing at Vimy Ridge on the 100th Anniversary year and the 75th Anniversary of D-Day at Juno Beach, 2019.

2020 has proven to be a challenging year for so many and for Robert as well with most engagements postponed to 2021. However, it has opened up the opportunity for the creative process to take a new direction for Robert by performing for virtual events.

In 2015, Tyndale’s Christmas in the Chapel featured “Robert Pilon and Friends”, marking the inaugural year on Tyndale’s new campus. Robert is pleased to be asked and honoured to sing again in this magnificent house of worship. 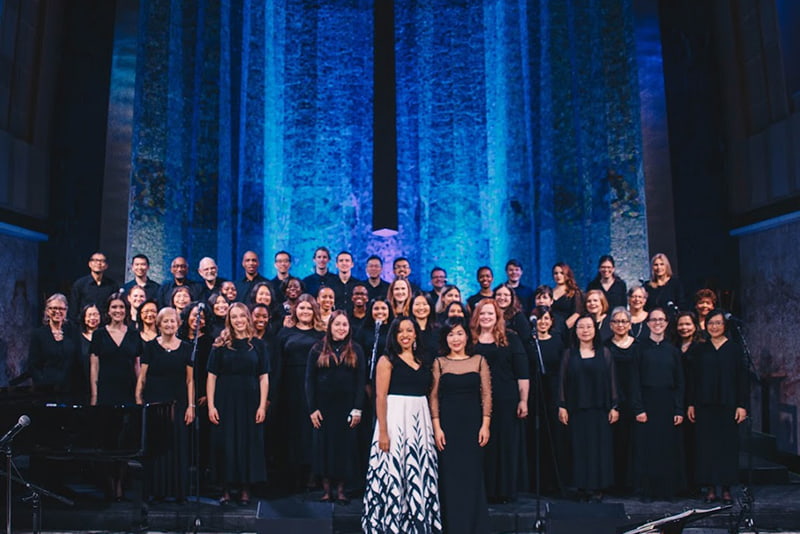 Founded in September 2016, the Tyndale Community Choir (TCC), was formed to unite Christian singers of various generations, cultures, and denominations throughout the GTA, including both singers from the Tyndale University community and from the greater Toronto community. This dynamic mass choir continues to serve Toronto's diverse population in music, singing in concerts throughout the GTA, city-wide community events, worship services and university functions.  Through a diverse body of music, the choir continues to spread the message of hope to all people.

The Tyndale Singers is a vibrant ministry team of Tyndale University’s gifted student vocalists. The ensemble enjoys ministering at both on-campus events, weekly Chapel services and at multiple events throughout the city, bringing a message of God’s love and hope. 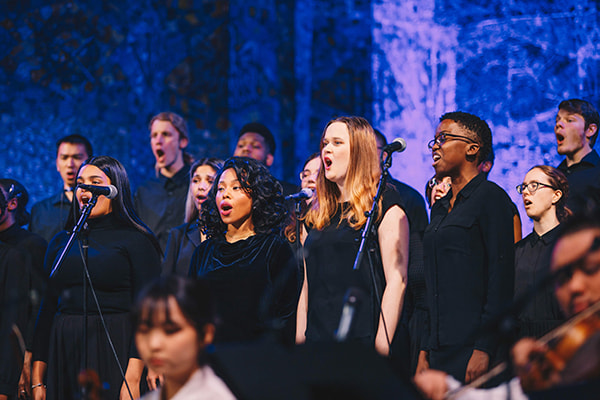 Toronto musicians Joy Lee and Wayne Thompson unite this season as part of the Tyndale Community Choir (TCC) band. Each expressing unique gifting and a wealth of experience in music ministry, this gifted duo returns with TCC for the choir's fifth season. 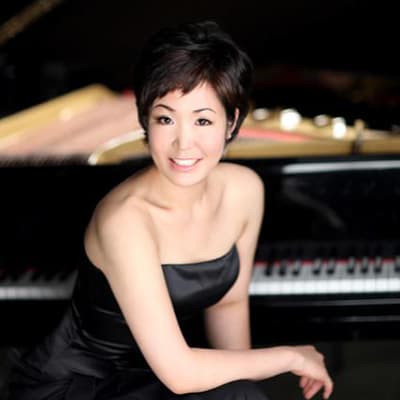 Canadian pianist Joy Lee is a collaborative pianist, teacher, soloist, and scholar. She holds a MMus in solo piano and has worked with many leading pianists. She is currently in the Doctor of Musical Arts program at the University of Toronto, studying with Steven Philcox, Head of the Collaborative Piano Program.

Joy is piano faculty at Tyndale University and Claude Watson School for the Arts, a pianist for Toronto Children’s Chorus, and a vocal coach at the University of Toronto. She has participated in such festivals as Banff, Orford, and Doamine Forget. As a voice-piano duo, she and soprano Maeve Palmer are the second-prize winners of the 2017 Eckhardt-Gramatté National Music Competition.

Joy is thrilled to be joining the Tyndale Community Choir for its second season, and looks forward to reaching out to the community and sharing beautiful music in ministry. 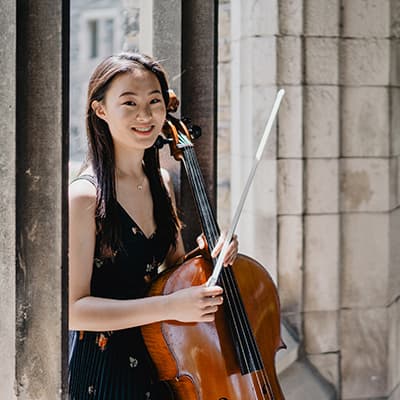 Grace Lee (cello) is an alumna of the Toronto Symphony Youth Orchestra and the Earl Haig-Claude Watson Arts Program. Grace is currently finishing up her undergraduate studies in political science at the University of Toronto, Trinity College, and is thrilled to be rejoining the TCC for yet another festive celebration.

Dr. Melissa Davis is an active concert soloist, music professor, choral conductor, worship leader, vocal instructor and clinician. Dedicated to the ministry of the Gospel through music, she has been a worship leader for over twenty years, and a minister of music for over twenty-five years in the GTA and abroad.

Dr. Davis received her Doctor of Musical Arts degree in Vocal Performance and Literature from the University of Illinois, Urbana-Champaign. She has toured internationally as a concert soloist and professional chorister performing in France, the United States, The Caribbean, and North, East and Western Canada. She has played lead and principal roles in various opera productions and has guest soloed with several choirs and orchestras throughout North America and abroad.

She currently serves as the Director of the Music and Worship Arts Department at Tyndale University. 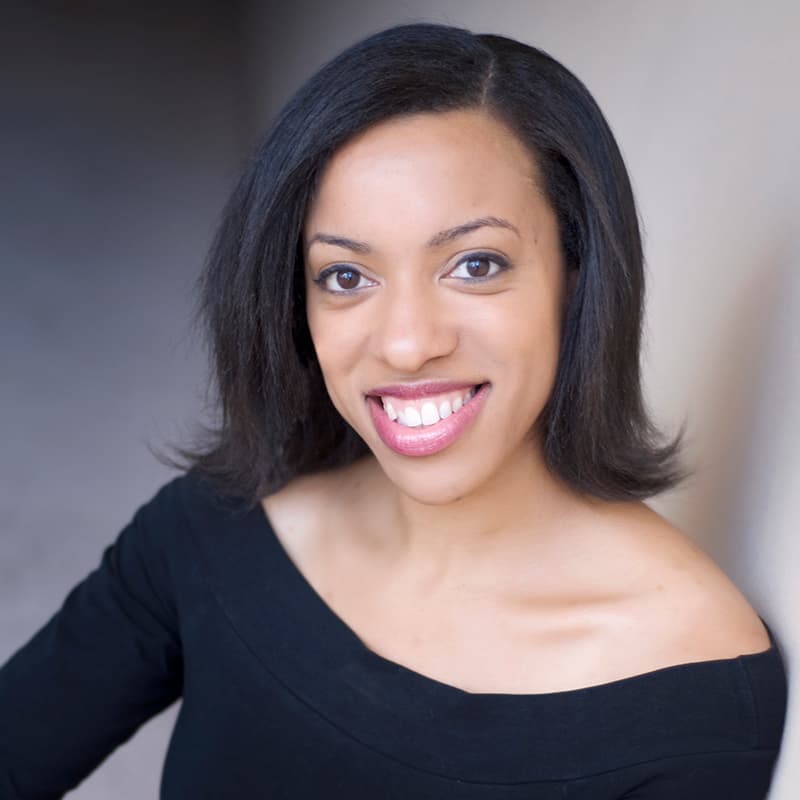 Music is an essential part of Tyndale culture. In addition to participating in Tyndale’s various music ensembles (the Tyndale Community Choir, Tyndale Singers, and Tyndale Band), undergraduate students have the opportunity to add a Music and Worship Arts Minor to their studies.

Through Tyndale’s BA Music: Performance, BA Music: Worship Arts, and the Music and Worship Arts Minor, students explore their gifting and refine their craft in music performance and leadership, through innovative courses, both individual and group training, mentorship, and performance and ministry opportunities.