In Memory of Rev. David Mainse 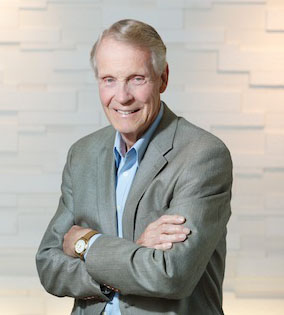 It is with deep sadness Tyndale mourns with the Canadian Christian community at the loss of Rev. David Mainse who passed away on September 25, 2017. The Founder of Crossroads Communications Inc./100 Huntley Street, he was one of Canada’s most recognisable evangelists. In 2002, he received an honourary doctorate from Tyndale. A strong supporter of the Seminary, David also invested in the University College helping students in the field of communications through the David Mainse Communications Scholarship from Crossroads Christian Communications Inc. running from 2003 to 2017. “We will deeply miss his comforting and welcoming voice, full of passion for Christ. A humble giant in broadcasting, he began an age and stirred a presence with the television audience that lead to a critical platform for the witness of the Good News of Jesus Christ,” shares Gary Nelson, President and Vice Chancellor, Tyndale University College & Seminary. Messages of condolence and funeral details can be found at davidmainse.com.