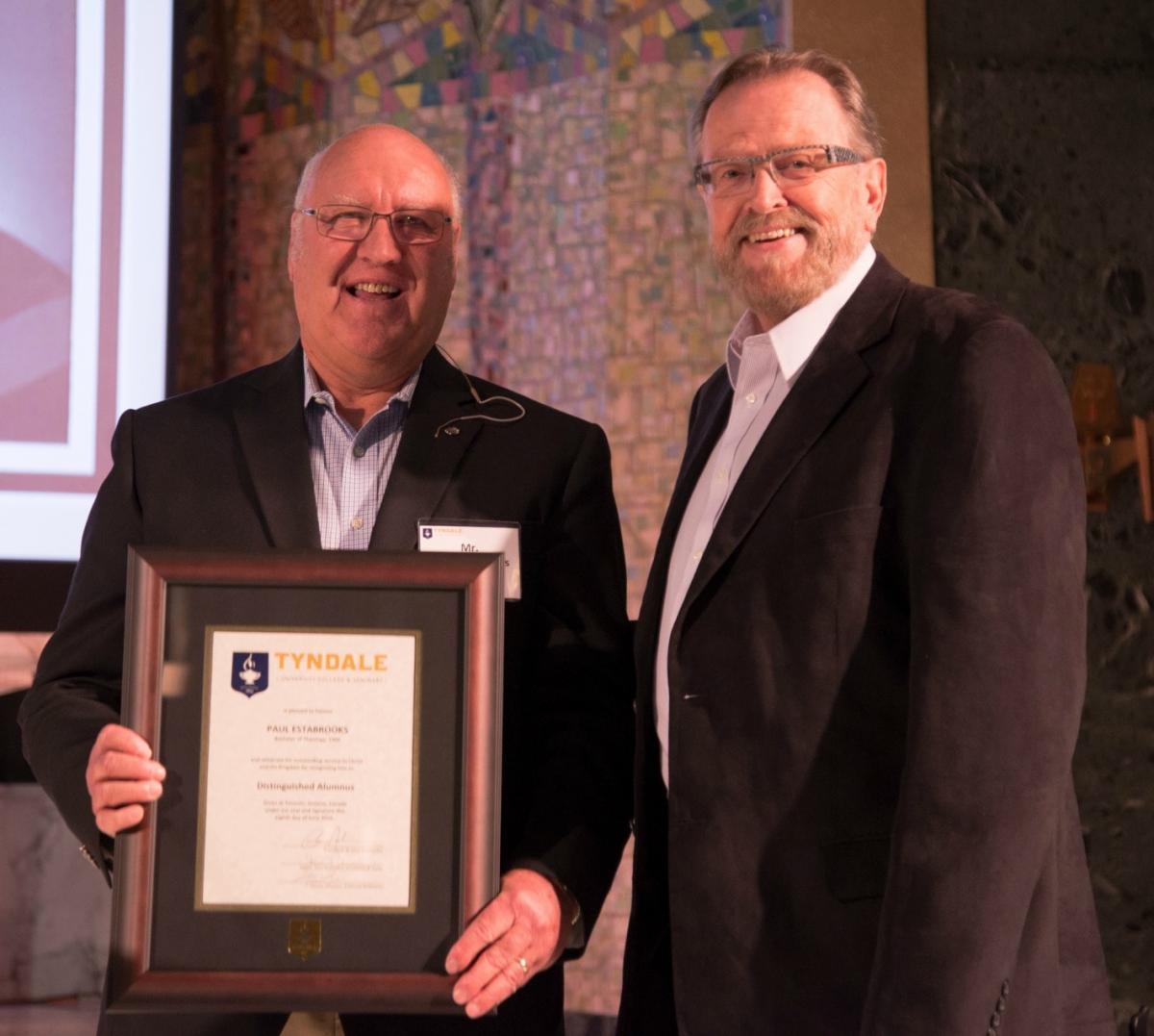 Paul has devoted over 34 years to serving Christians in restricted countries. In 1981, he played an integral role in Project Pearl – when one million translated Bibles were delivered to China on a single night. The mission was so risky and ambitious that it garnered media coverage from major publications such as Time magazine. Feeling the pressure of the media attention, the Communist Party of China printed millions of Bibles in its own printing presses.

Project Pearl was only one of the many initiatives Paul has been a part of during his lifelong ministry. His concern for the persecuted church first grew during the eight years he spent as the head of Overseas Programming with the Far East Broadcasting Company in Manila, Philippines. In 1979, he joined Open Doors, a non-profit organization focused on ministering to persecuted Christians in more than 60 countries. He has shared his ministry experiences with audiences across the globe, and has written books and produced several other resources for persecuted Christians. Most recently, Paul co-authored Standing Strong Through the Storm, a devotional geared toward new Christians that explores ways to respond to persecution. The resource has been translated into over 44 languages.

In addition to being this year’s Distinguished Alumnus, Paul is a Golden Miler, having graduated 50 years ago in 1966. Even after 50 years, Paul remembers the significant impact Tyndale had on his life and ministry.

“The four years that I spent at [Tyndale] were the foundation for all that came after in every way,” says Paul. “I was at a crossroads in my own life at the time, and the impact of the school has never left me.”

Listen to the audio from Paul Estabrook's Gather Chapel message, and view photos from the service below. 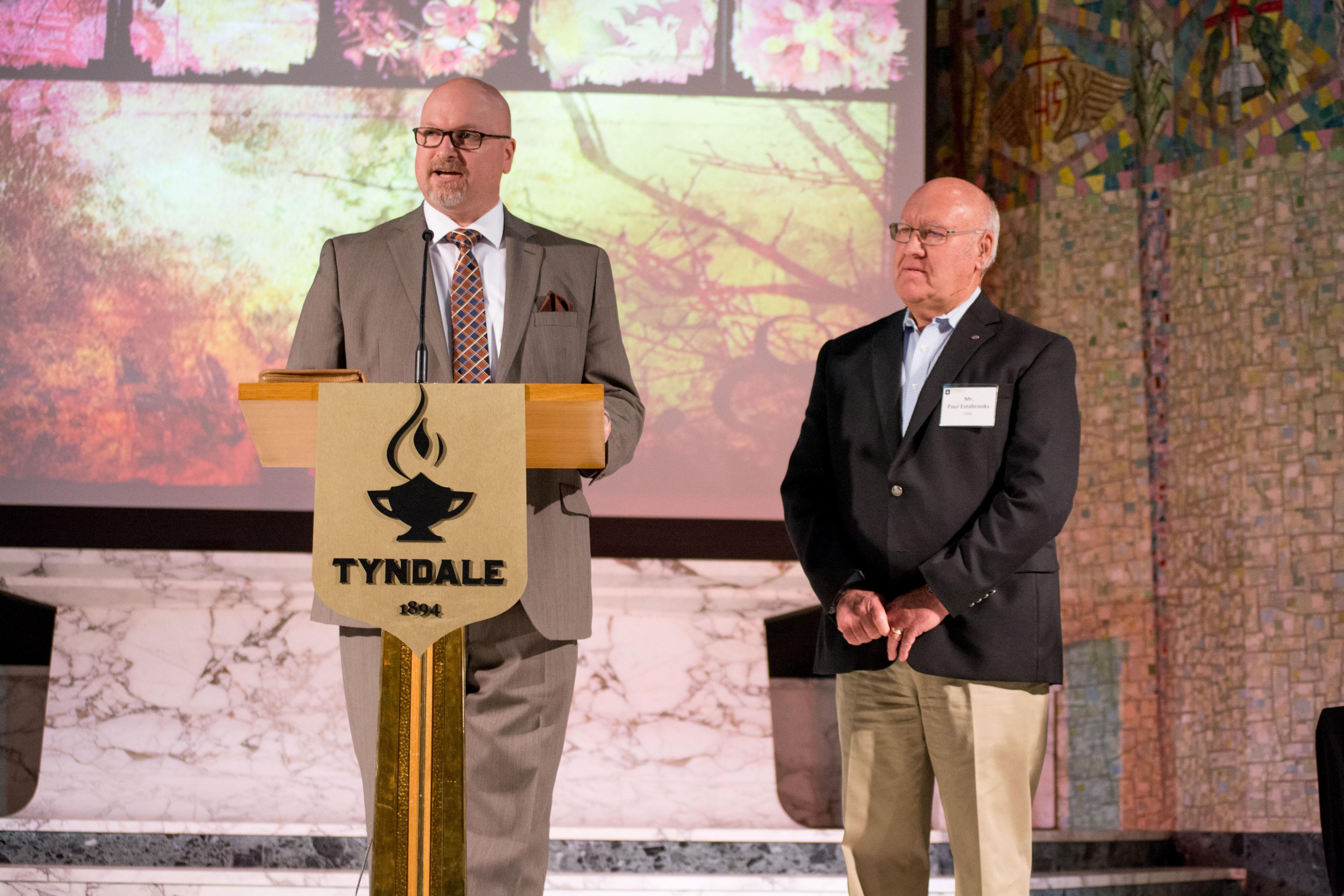 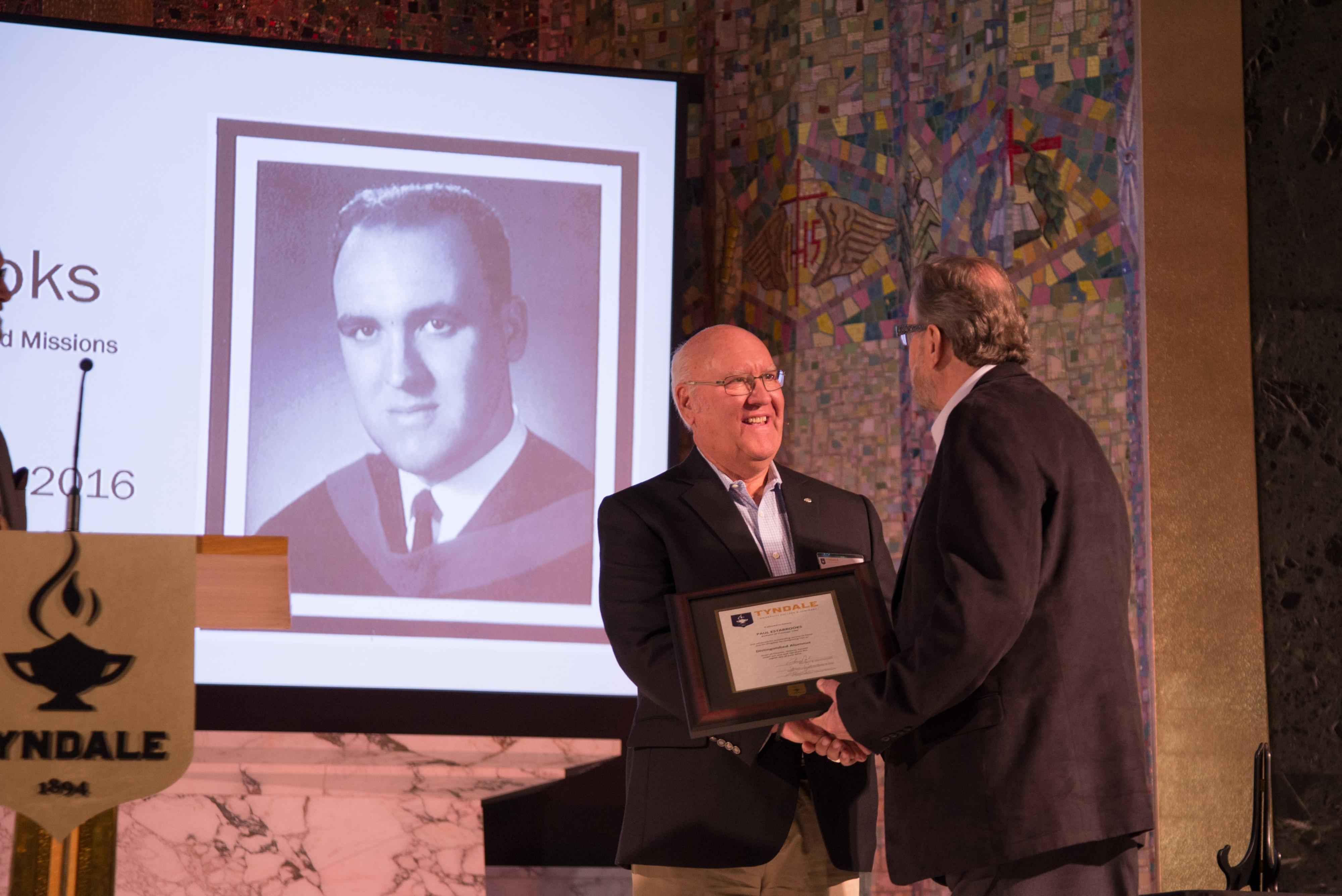 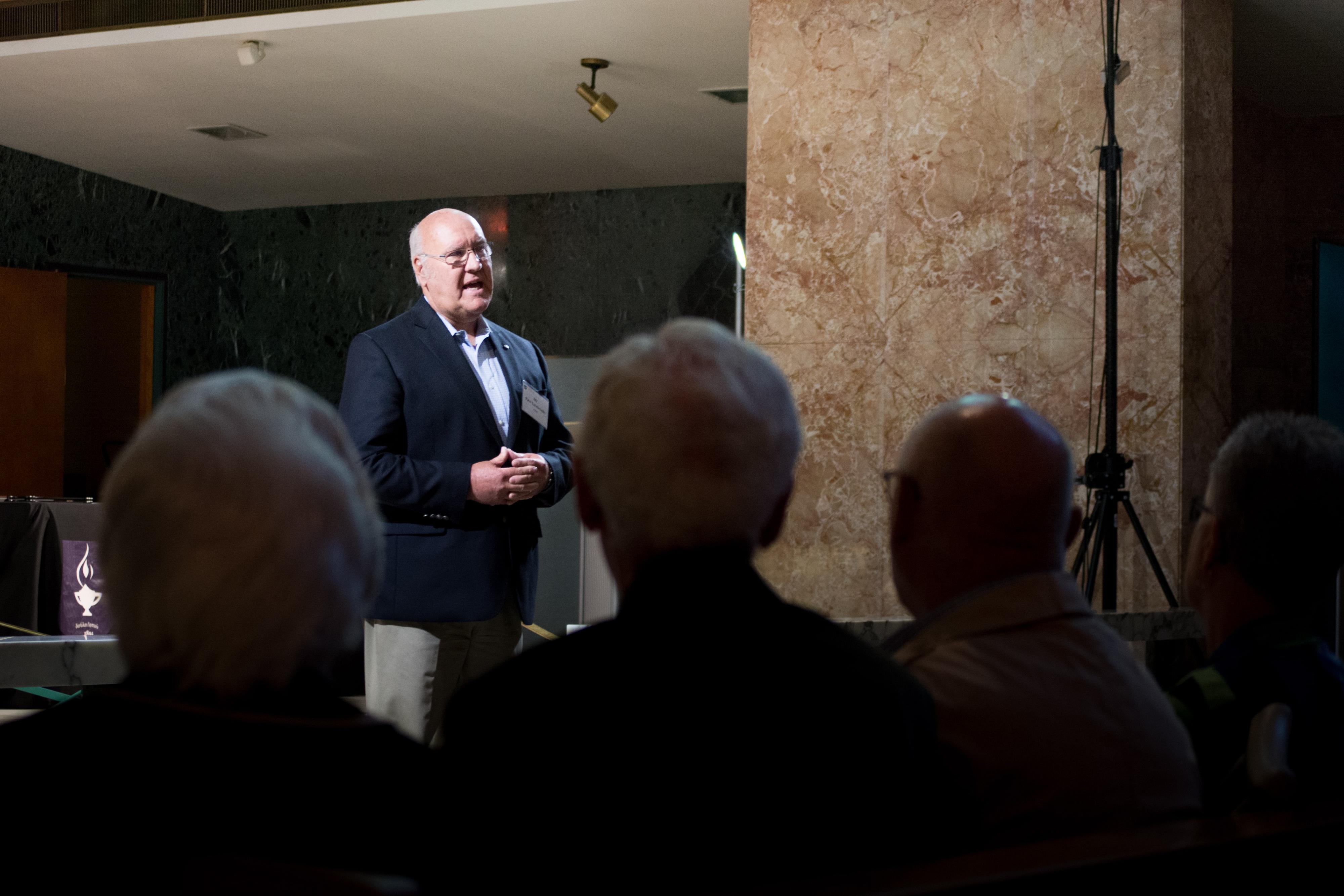