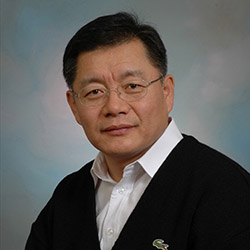 Toronto, Ontario – April 11, 2018: Tyndale Seminary is pleased to announce that Rev. Hyeon Soo Lim will be presented with an Honorary Doctorate at this year’s Seminary Convocation on May 12, 2018.

Rev. Lim originally immigrated to Canada from South Korea. He became Senior Pastor of Light Korean Presbyterian Church (LKPC) in 1986 where he ministered until his official retirement in 2017. When he began his ministry at LKPC, the church consisted of five families, it has since grown significantly to approximately 3,000 individuals today.

He has tenaciously led his church to take the Gospel to various nations, often heading into difficult regions where the Christian presence was lacking or even absent. In the three decades of his leadership at LKPC, he launched several ministries, including Global Kingdom Young Adults Missions (GKYM) Festival, MELT Central Asia Missions Movement and Global Assistance Partners (GAP). He also began several missions movements that extend to regions such as Northern India, Tanzania, Haiti and Southeast Asia.

Over a period of nearly 20 years, Rev. Lim travelled to North Korea more than a hundred times on humanitarian missions. He led his church to bring aid to the elderly and orphans in the northeastern region of the country by establishing an orphanage, a nursery and a nursing home, among other endeavours. After many visits, he was suddenly detained in January 2015 and sentenced to a life of hard labour. The regime charged him with an attempt to overthrow the North Korean government on the grounds of religious activities, a false claim he was coerced into confessing during his imprisonment. He notes that his dependency on God during his isolation and loneliness helped him through the ordeal.

His church and the wider global Christian community prayed and advocated for his release. In August 2017, those prayers were answered. He was released on humanitarian grounds surrounding health concerns and brought back to Canada with the aid of a Canadian delegation. Rev. Lim continues to encourage Christians to pray for the Korean peninsula and harbours no resentment towards the people of North Korea. He maintains his heart for the people and for furthering the mission of sharing the gospel message with all nations.

With this honorary degree, Tyndale recognizes Rev. Lim for the many ways he has impacted the Korean diaspora, the missions movement globally and the greater Christian community with his service and unwavering faith.