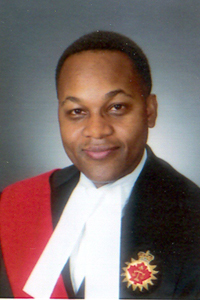 On November 6, 2010, Tyndale University College conferred the honourary title Doctor of Divinity to the honourable Justice Michael Tulloch during its fall 2010 graduation. His address, geared primarily to Tyndale’s second graduating BEd class, urged the graduates to be salt and light to the children with whom they work, in order to help make a better society. "You are each born for a unique purpose and is uniquely gifted to transform the world through the life that you live and the service that you give."

Prior to his appointment to the Court, Justice Tulloch spent 4 years as an Assistant Crown Attorney from 1991 to 1995, where he was instrumental in implementing the Martin Committee Report, a procedure to make the resolution of criminal charges quicker while remaining fair to all involved parties. This is still being used by Criminal Courts in Ontario, as well as many other jurisdictions throughout Canada. In 1995, Justice Tulloch entered private practice, during which he was appointed a special prosecuting agent with the Federal Department of Justice and participated in a number of commissions, including the Ontario Government Review on Civilian Oversight on Policing, the Review of the Ontario Legal Aid Plan, and the Criminal Code Review conducted by the Federal Attorney General and the Minister of Justice. Over the years, Justice Tulloch has been actively involved in post-secondary education, working in various capacities with Osgoode Hall Law School, Ryerson University, York University, and the University of Ontario Institute of Technology (UOIT). Justice Tulloch is also a founding member of the Rhema Christian Ministries, where he and his family are active members.