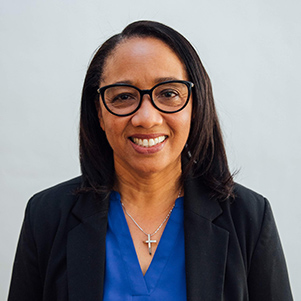 Tyndale is pleased to announce the appointment of Wilma Nevers (MDiv 2007, RP, RMFT) as the new Director of the Tyndale Family Life Centre (FLC), effective July 1, 2019. Ms. Nevers will take over this role previously held by Dr. Marion Goertz who concludes her visionary years of service at the end of June 2019. Under Dr. Goertz’s vision and leadership, the FLC has grown into a flourishing, self-sustaining, community-focused centre providing clinical counselling, family life programming and professional development for mental health practitioners.

Officially launched in 2015, the FLC offers care in several languages and accommodates all religious and cultural backgrounds. The counselling for the FLC is provided by Tyndale Counselling Services, which consists of a diverse team of psychotherapists. These professionals lead with a passion to encourage healthier home and family relationships, healing from trauma and wounding, overcoming obstacles to relationship wellness and achieving greater satisfaction in career and professional relationships.

The FLC’s commitment to the community has always been a priority. In the wake of the Toronto van attack on April 23, 2018, the FLC offered counselling services for those suffering from trauma. Additionally, the FLC offers seminars and helpful learning opportunities on such topics as parenting, communication, conflict resolution and marriage enrichment. Recently, the FLC hosted a workshop with clinical psychologist and best-selling author of The Five Love Languages, Dr. Gary Chapman.

Previously, Ms. Nevers served as the Manager of Tyndale Counselling Services and was highly involved in the centre’s planning and visioning from the beginning. She has worked alongside Sheila Stevens, Director of Tyndale Counselling Services, for many years. “Wilma Nevers is a highly regarded and seasoned psychotherapist with a deep commitment to professional excellence, spiritually integrated psychotherapy and in creating a respectful and honoring environment for all. She brings a strong background in organizational leadership, supervision, management, as well as financial and regulatory astuteness that make her an ideal candidate to carry forward the mission of the FLC,” says Dr. Janet Clark, Senior Vice President Academic and Dean of Tyndale Seminary.