Season of Transition at Tyndale 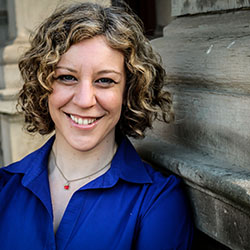 As a learning community in a season of active and dynamic transition, we are pleased to announce the appointment of Dr. Beth Green as the Acting Sr. Vice President Academic and Provost, effective January 1, 2020.

Dr. Gary Nelson, President and Vice Chancellor, announced last year he is stepping down in June 2020, and Dr. Janet Clark steps down from her role as Sr. Vice President Academic and Dean of the Seminary in December. This has provided an opportunity to review the organization’s senior leadership to ensure there is a stable and supportive structure in place during this period of transition.

The creation of this position also follows the recommendation of the 2017 Board Governance Report to explore the value and feasibility of reinstating the Office of the Provost. Dr. Green moves into this role after serving as the Acting Dean of the University College for the past six months.

“Tyndale is blessed to have a person of her background and skill with a willingness to take on this strategic academic and leadership role on an interim basis,”

Reporting to the President, the Provost will serve as the chief academic officer for Tyndale and provide leadership and accountability for all academic matters. This position is designed to create an integrative framework from which the educational arms of the Seminary, University College and Open Learning Centre can draw energy, synergistic collaboration and growth. While this is an interim appointment, it signals a strategic direction for the entire school.

Dr. Green was first appointed as Visiting Professor: Research, Integration & Educational Formation in February 2019. She has subsequently taken on other responsibilities while continuing with her research agenda. “Tyndale is blessed to have a person of her background and skill with a willingness to take on this strategic academic and leadership role on an interim basis,” says President Nelson. “This confirms our commitment to provide optimal focus on our educational mission.”