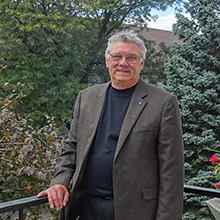 After graduating from Tyndale (OBC), Bob worked with the City of Toronto’s Board of Education for twenty years and then as Vice President at Northwest Baptist College and Seminary. Later, he served on the pastoral team at Cloverdale Baptist Church, where he developed a program called “High Power Soccer Camp” in 1996. Realizing how much the children in the neighbourhood loved soccer, he combined the sport with relevant Bible teaching. This program has since been signed over to Awana International and is being implemented worldwide.

In 2006, Bob lost his first wife and his mother in a tragic car accident that also left him severely injured. During his recovery from a staggering 37 surgeries, he found he could share his faith with those suffering as a result of similar trauma. He has spoken in different provinces on the topic of grief, turning a profoundly difficult experience into a unique forum to minister and encourage others processing physical or emotional pain with the message of Christ. “By stewarding the journey that God has given, I can talk into people’s lives about pain, depression, disappointment, loss and loneliness, but also speak to it from the point of view of health and hope for the future.”

Bob and his wife, Denise, are involved in Power to Change, Family Life Canada and the development of the Blended Family Ministry and Intentional Spiritual Grand-parenting with the aim of strengthening relationships within families.