Dr. Paul Franks steps into the role at an exciting time of growth 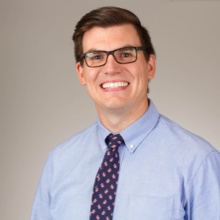 TORONTO, ON (May 9) – Tyndale University is pleased to announce the appointment of Dr. Paul Franks to Vice President Academic and Dean of Undergraduate Studies for a three-year term beginning July 1, 2022.

“Dr. Franks is a long-time faculty member who has repeatedly demonstrated his commitment to the flourishing of Tyndale students and to our shared mission to serve the church and the world for the glory of God,” says Dr. Marjory Kerr, Tyndale’s President and Vice Chancellor. “Dr. Franks steps into the role at an exciting time of growth and we are pleased to have his leadership in this new season.”

Dr. Franks joins the executive leadership team having served as a member of Tyndale’s undergraduate studies faculty for 14 years. Dr. Franks was appointed Lecturer of Philosophy in 2008, promoted to Assistant Professor in 2012, and promoted to Associate Professor and granted tenure in 2014. Dr. Franks is currently the Chair of the Philosophy Department where his research informs a fully integrated approach to faith, learning and teaching, and he is well-regarded in the field of Christian philosophy in North America.

With areas of expertise in philosophy of religion and ethics, Dr. Franks serves as a member of the Evangelical Philosophical Society (EPS), the Society of Christian Philosophers and President of the Canadian Society of Christian Philosophers (CSCP). Over his career he has been active on almost every academic committee at Tyndale. His work has shaped the faculty handbook, course evaluation, sabbatical and research grant processes.

“My colleagues at Tyndale are among the best one could ask for and they have been enormously influential in helping me grow as a teacher and scholar. I look forward to serving them in this role as we seek to grow Tyndale’s Undergraduate Studies programs,” stated Dr. Franks.

Tyndale expresses gratitude to Dr. Barry Smith, who has served in two significant roles over the past eight years. Dr. Smith joined Tyndale in 2011 as Vice President, Student Services and Registrar. Since 2014, he has served as Senior Vice President Academic and Dean of Undergraduate Studies while also providing executive-level leadership to Student Development. At this time of strategic growth and development, Dr. Smith will devote his focus to leading Student Development when Dr. Franks begins his new role.

Please join us in congratulating and praying for Dr. Franks during this transition.

Tyndale University offers high-quality academics interwoven with faith at the undergraduate, graduate, post-graduate, and seminary level. Located in Toronto and founded in 1894, Tyndale nurtures a strong sense of community and dialogue between students and professors, who in turn challenge each other to live authentically, follow Christ, and actively engage their culture. Tyndale alumni can be found serving with passion and purpose in private, public, and nonprofit industries and on mission fields around the world.