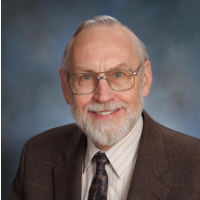 Howard Snyder is Distinguished Professor, Chair of Wesley Studies, at Tyndale Seminary.
Dr. Snyder came to Tyndale in 2007 from Asbury Seminary, where he served for 10 years as Professor of the History and Theology of Mission in the E. Stanley Jones School of World Mission and Evangelism. Previously he taught at United Theological Seminary and has pastored in Chicago, Detroit and São Paulo, Brazil, where he was also a seminary professor.Dr. Snyder frequently speaks around the world, including at the 1974 International Congress on World Evangelization in Lausanne, the 1991 Evangelism 2000 Conference in Hong Kong, and the Mission Korea 2000 Conference in Seoul.
Listen Online