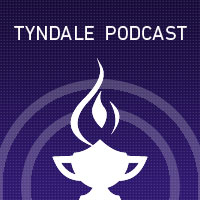 Benjamin Devadason was born and raised in Sri Lanka in a fine Christian home and later attended an evangelical church in Colombo, where he was privileged to hear the Gospel message. However, it was only when Benji turned 20 years of age that he responded to the claims of Christ upon his life. From 1973 to 1985, Benji served at his local church, in the areas of evangelism, discipleship, preaching, teaching, and youth work. He also helped ministries such as Youth for Christ, Back to the Bible and Hospital Christian Fellowship. Due to the ongoing civil war in Sri Lanka, Benji and wife, Indranee migrated to Canada, where they both became members of a Baptist Church. It was here that Benji was ordained as a Pastor by the Fellowship of Evangelical Baptist Churches in 1987. Together, Benji and his wife pioneered a youth network among the Sri Lankan people which currently runs two retreats annually. They planted a Sri Lankan church in Montreal, assisted four churches in the GTA with teaching, and an outreach ministry in the Mississauga and Hamilton areas. Benji is also involved in Prison ministries in both the Toronto east and west detention centers where over 500 inmates have been ministered to in the past eight years. He currently serves with SIM on their Culture Connexions team (CCX) and is a sought-after speaker having ministered at conferences in Ghana, Nigeria, India, Kenya and Sri Lanka. Benji also conducts evangelism seminars for churches and trains missionary candidates in outreach to Hindus, Muslims and Buddhists. Listen Online