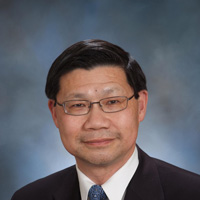 Dr. Wong has taught at Tyndale University College since 2000. He has been teaching Preaching at Tyndale Seminary since 1997. He has had extensive pastoral experience at the Toronto Chinese Baptist Church in English ministry since 1982 and then when the church expanded to two locations in 1986 he pastored at the Scarborough Chinese Baptist Church before assuming his current ministry at Tyndale. In 1986 he was ordained with the Baptist Convention of Ontario and Quebec. Dr. Wong has spoken at many churches and conferences in Canada and the United States. He is a member of the Academy of Homiletics where he has presented papers. He is also a member of the Evangelical Homiletics Society.