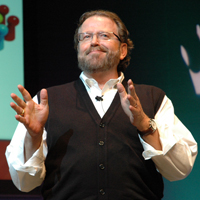 As we continue in Holy Week and Easter approaches, Dr. Gary Nelson speaks on Compassion & Righteousness.
Dr. Gary V. Nelson joined Tyndale on July 1, 2010 as President and Vice Chancellor after serving for ten years as General Secretary of CBM, the national and global work of Canadian Baptists. During those years, CBM experienced a striking capacity growth, expanding the organization&rsquo;s global impact in the areas of leadership development, theological education, sustainable community development and the development of key educational resources for congregations across Canada.
Previous to his tenure with CBM, he served in a number of congregations both in staff and senior roles. As Senior Pastor of First Baptist Church, Edmonton in the 1990s, Dr. Nelson was involved in a revitalizing and renewing of this historic downtown congregation into a creative and dynamic contemporary congregation.
Dr. Nelson received the Bachelor of Education degree from the University of British Columbia and graduated with master and doctoral degrees from Fuller Theological Seminary. As an educator, he has been actively engaged in creative approaches to theological and ministerial training. He was the founding director of the urban leadership training initiative BUILD (Baptist Urban Involvement in Leadership Development) in Toronto that shaped pastors and international workers to work in urban settings.
He has lectured and taught courses at universities and seminaries across Canada and the United States. Over the years, he has lectured internationally in India, Bolivia, Czech Republic, Germany, Scotland, Kenya, Ghana, and Rwanda on topics and themes that focus on missional living as the church, contemporary ministry, urban missiology, as well as leadership and governance for Christian organizations.
A recognized urban missiologist, he has authored and presented numerous papers that focus on theological and missiological ecclesiology. His writings include a co-authored book entitled Future Faith Churches: Reconnecting with the Power of the Gospel for the 21st Century (Wood Lake Books, 1997), Borderland Churches: A Congregation&rsquo;s Introduction to Missional Living (Chalice Press, 2008), and his most recent book entitled Going Global: A Congregation&rsquo;s Introduction to Mission beyond our Borders (Chalice Press, April 2011).
He finds passion around creating ways in which organizations can optimize their abilities and capacities, and in helping churches impact local communities and global worlds in which they are a part. He is committed to the enriching of the mind, heart, and character of students and to leading Tyndale's faculty and staff as they envision the future in which graduates become "culture makers" and people of faith in the places they work and live.
A self-described western Canadian who loves the big sky and prairie life, Dr. Nelson has served in church leadership roles in California, Saskatchewan, British Columbia and Alberta.
He is married to Carla, a former public school teacher now serving as the Director of Tyndale&rsquo;s new Bachelor of Education program and Associate Professor of Education at Tyndale University College. They have one daughter, Stacy, who lives in Edmonton with her husband and their four children.