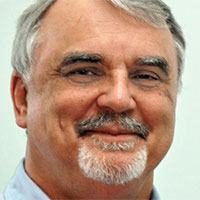 Ross Clifford became Principal of the College in 1997. He served as Lecturer in Theology, Ethics and Apologetics from 1992. He joined the College faculty after twelve years of pastoral work at South Windsor and Gymea. Before he entered the ministry he practised law in New South Wales and the Northern Territory. He is a graduate of the Australian College of Theology, Simon Greenleaf, University of Sydney, as well as our own College. He is the author/co-author of over ten books including Leading Lawyers' Case for the Resurrection, John Warwick Montgomery’s Legal Apologetics, Jesus and the gods of the New Age, The Gods of Sport, Riding the Rollercoaster: How the Risen Christ Empowers Life, Apologetic Preaching & Teaching for the Church & the Marketplace: A 'How To' and is a contributor to books such as A Spectator’s Guide to World Views. His most recent book was released in early 2012, The Cross is Not Enough – Living as Witnesses to the Resurrection.

Ross is currently the Past-President of the Baptist Union of Australia. He has served on a number of significant interdenominational committees including being President of the New South Wales Council of Churches (evangelical churches) and Chair of the Australian Lausanne Committee. He often speaks at conferences, conducts seminars and has his own weekly radio program. In particular, Ross is known for his work and writing in the areas of theology, apologetics and ethics. In 2010 he was made a member of the Order of Australia (AM) for his Christian service.

Since 2012 Ross has been the President of the Asia Pacific Baptist Federation (APBF).
He is married to Beverley, and they have two children, Briony and Joel.