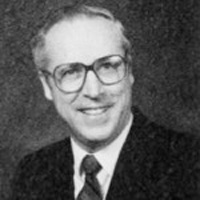 A former school teacher, Dr. McRae was trained at Toronto Teachers College in 1955, attended Queens University in 1966, and studied at Dallas Theological Seminary in 1970 and 1983. He taught for two years in the public school system, and from 1966 to 1975 he was involved in pastoral and Bible teaching ministry. In 1982 he became president of Ontario Bible College and Ontario Theological Seminary in Toronto, Canada, now known as Tyndale University. He was later appointed as its Chancellor and served in that capacity from 1992-1998. Dr. McRae provided exceptional leadership and outreach on behalf of the college and seminary alternately as both President and Chancellor. William McRae was later named president emeritus of Tyndale University College & Seminary and continued to be involved in an extensive itinerate ministry under McRae Ministries.